How Long Is Nyles Stuck In The Time Loop In ‘Palm Springs’? 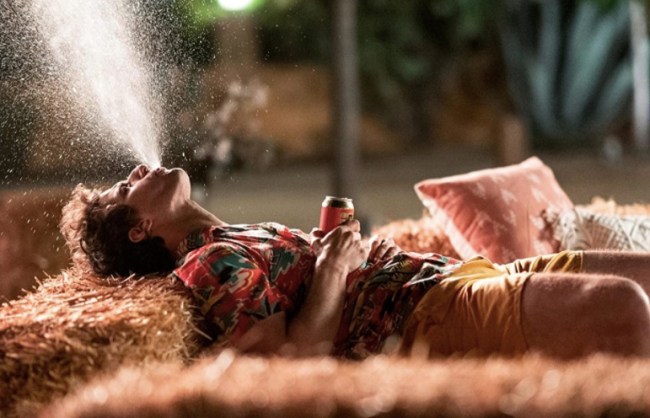 Unless you’ve been living under a rock or in a time loop, then you’ve probably heard about the Andy Samberg-starring Hulu original film that dropped over the weekend, the absolutely delightful Palm Springs.

A modern take on the tried-and-true “what would you do if every day was the same?” formula, Palm Springs takes an idea that we’ve seen dozens of times and figures out a way to reinvent the trope into something fresh. It also helps that the films three leads — Andy Samberg, Cristin Milioti, and JK Simmons — are absolutely pitch-perfect in their roles.

One of the more unique aspects of Palm Springs is that — unlike, let’s say, Groundhog Day or Edge of Tomorrow — the audience doesn’t see the main character experience the time loop for the first time. By the time we meet Samberg’s Nyles, he’s clearly been in the repetitive hell of Palm Springs for some time now.

Palm Springs is tricky, though, because while they provide vague clues here and there, they never explicitly say how long Nyles — who has all but given up on trying to escape — has been stuck in his neverending day.  That said, the film still provides us with enough peripheral facts that we can establish, at the very least, a timeframe of Nyles’ repeating imprisonment.

– Nyles had enough time to essentially meet (and sleep with) every guest at the wedding.

– He can’t remember the job he used to have prior to the time loop.

– In a recent interview with Decider, screenwriter Andy Siara said:

“I don’t know if I’m supposed to say exactly, but Nyles has in there for over 40 years. There are versions of the script where—mainly when Sarah comes in—I put titles in of how much time has passed. The main thing I hope got across was that a lot of time had passed. A lifetime of memories has passed, basically.”

Based on everything we know so far, we can assume that Nyles has been stuck in the time loop for, at least, a half-a-century. With the screenwriter also stating that Nyles has lived a “lifetime of memories”, it could be fair to reason that he’s spent somewhere between 70-80 years inside the loop.