How Marriage Can Be Like A Counter-Insurgency, With Prettier Adjectives 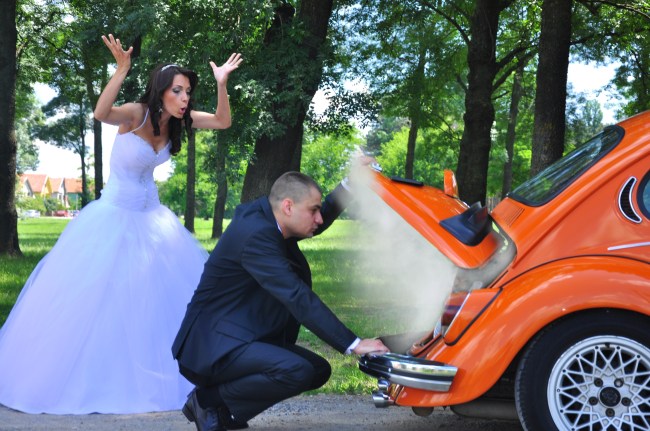 Here I am again, bogged down in the rice paddy that is my basement trying desperately to figure out how I got myself into another quagmire of an argument.  It started with the best of intentions; I was going to come in quick and provide obvious and easily implemented solutions to the problems plaguing my blood thirsty lovely bride.

I was so sure that I could win her heart and mind, quickly transforming her horrendous wasteland work problem into a thriving all-American solution that respected the territorial integrity of its neighbors.  I made it clear from the beginning that I was not criticizing her and that my war criticism was with her horrible Dictator Boss and that she and I should be allies in our partnership for peace soulmates.

Things started to go off the rails almost immediately.  After the initial invasion suggestion about how best to participate in the international community talk to her boss about her problem, there was an unforeseen rebuke from the populace my wife, and she became very defensive.  I had planned on rolling in quick; toppling the regime telling her exactly how to deal with her boss, be welcomed as a liberator, get thank you sex, then pull out. (No need for a correction there) While I tried to rephrase in a different way she retaliated by bombing a polling station asking, “If I had even understood what she was saying” and that “I didn’t get it.”  Put back on my heels I tried to explain that, “I had heard her and that I understood what she should do.”  The advice only incurred further unrest made her more upset as she rolled her eyes and stomped into the other room.

Looking to resupply during this lull in hostilities, I opened the fridge and grabbed a beer.  Just as I thought I’d get a little reprieve from an increasingly hostile situation, she launched a direct assault on my main supply line.  “Do you really need a beer?” as she emerged seemingly from nowhere.  “Umm I guess not I just thought….”  “You just needed a drink because I’m so difficult to deal with” she exclaimed cutting me off.  At this point wanting to end combat operations the argument, I replied: “I think you’re right, I don’t know what you should do, and you should handle it your way.”

As she took a seat, in silence, I naively thought that I had achieved peace in my time, then she sprung an ambush fired back, “Are you fucking kidding me?!” I reeled back unable to get good situational awareness.  What had seemed like the end was only the beginning with multiple bombings attacks about how I “never listen” and “think I know everything” and finally a chemical attack on the capital tears followed with the question, “Do you think I’m stupid?”

As I tried to surge support to turn back the Tet offensive argument, I found that I had lost popular support at home no stamina for the long haul.  I had all these brilliant ideas about how I was going to spread democracy fix my wife’s problems and now found myself in an unwinnable conflict with an adversary that seemingly has no breaking point.  While I may have my fancy fighter jets intellect and tanks reason these are not designed for this kind of guerilla warfare argument.

So here I sit; bogged down in an unwinnable situation because I didn’t learn from the past or heed the advice of those who came before me. I should have listened to the intelligence advice delivered by my father-in-law the first time I went to his internment camp house for dinner. “You are about to enter the logic-free zone, so just accept that you are wrong and don’t try and fight it.”

That man has three daughters and is still allowed rec time to play golf twice a week, so he has to be doing something right.

Maybe I should learn from his, and my mistakes; change my objective, declare Mission Accomplished, and end this with what’s left of my dignity.

At the beginning of this campaign argument I believed it was important enough to see it through to the end. Now that the end is nowhere in sight, I have realized, like so many Wars fights in the past, I don’t care nearly as much about the outcome as she does and will again accept defeat after a protracted and bloody aggravating endeavor.