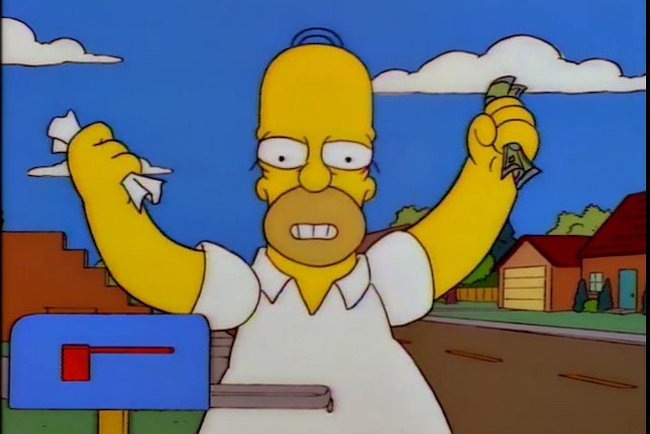 The Simpsons recently became the longest-running primetime series in the history of television and has aired over 640 episodes over 30 seasons since it first hit the airwaves all the way back in 1989.

Say what you will about the current state of The Simpsons but the earlier seasons featured some of the most brilliant writing in the history of television thanks to the likes of Conan O’ Brien and others scribes who managed to cram an overwhelming number of jokes into every single episode.

A great deal of the show’s humor stems from the sheer idiocy of Homer Simpson, who should honestly be in a wheelchair based on the number of times he’s shot himself in the foot over the course of the series.

Over the years, the family has had a number of opportunities to make Mr. Burns look poor but the clueless patriarch has constantly derailed their chances of ever making it out of the middle class.

GiffGaff recently decided to take a look at just how much money the Simpson family has missed out on over the course of the show, and based on the results, Homer would be the richest man in the world if it wasn’t for his haplessness.

The study examined the first 29 seasons of the show to look at how much money Homer and the clan could have made in a perfect world and discovered their losses added up to a staggering $350 billion.

Homer kicked things off by losing close to $12,000 in the very first episode after missing out on a Christmas bonus but that pales in comparison to the $333 billion he’s cost the family over the years thanks to some of the following blunders:

Bart has also cost the Simpsons a hefty chunk of change to the tune of over $16 billion after deciding not to inherit Mr. Burn’s house while Lisa’s good deeds have resulted in a $12 million loss. 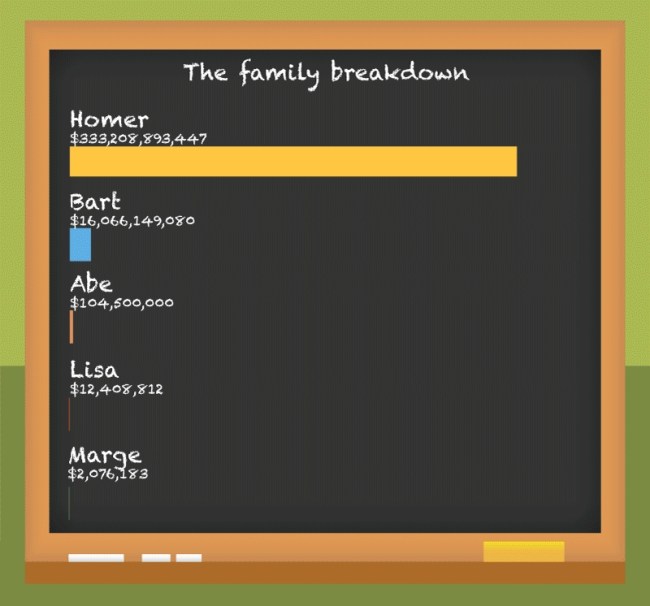 They also broke down the losses by season, with the 9th one leading the way thanks to Fidel Castro jacking a trillion-dollar bill. 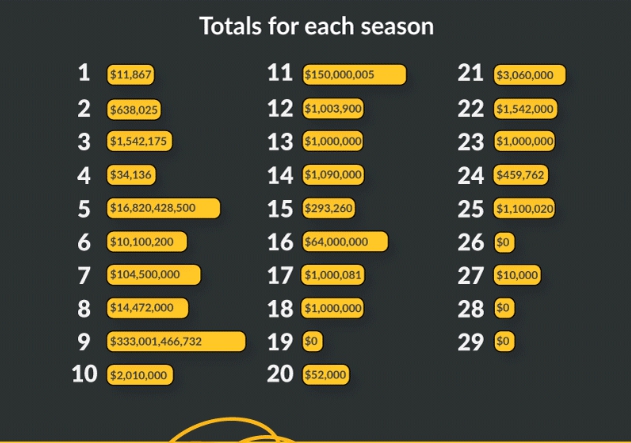