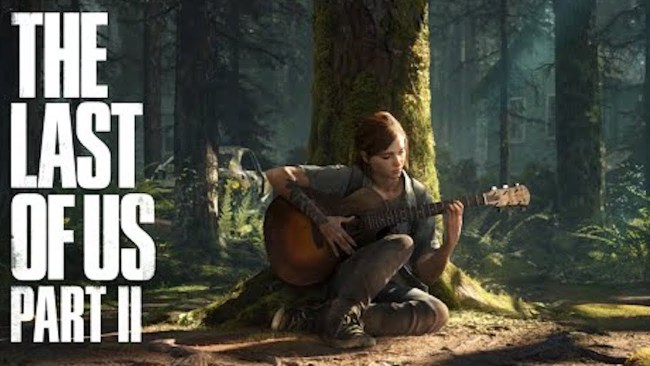 2013’s The Last of Us was hailed a masterpiece, a “zombie apocalypse game” atypically defined by its cinema-rivaling storytelling rather than its gore-soaked combat. Its sequel doubles down on this narrative-first approach, delivering the sort of character-driven, emotionally-charged tale typically reserved for a prestige TV drama.

The thing is, if you play The Last of Us Part II as you would most video games, you could wind up getting the Cliff’s Notes version of its carefully-crafted story. Like most developers, Naughty Dog has designed its sequel to be enjoyed by everyone, regardless of how it’s played. But approach it like another mindless zombie shooter – or even a deeper, story-driven action-adventure – and you’ll arguably shortchange yourself.

Focus on scoring head-shots and snagging every last collectible, and much of the narrative’s nuance will fall victim to our natural, game-completing instincts. But it’s not just the finer, story-supplementing details you’ll risk losing, as many of the game’s critical plot points are significantly fleshed out via potentially overlooked interactions.

If you want to feel the full impact of the game’s emotional gut-punches, here’s five ways to get the most out of The Last of Us Part II’s story.

The Last of Us Part II works as a standalone story. A newcomer-friendly intro nicely sets it up, painting a clear picture of where the previous game left off and where the sequel picks up. If you want a full, invested appreciation of the relationship between protagonists Joel and Ellie, however, you’ll want to experience it for yourself. While the sequel’s broad strokes recap will adequately bring you up to speed, it’s no substitute for witnessing these characters’ layered, complicated bond develop over the first entry’s 15 or so hour run.

Subtitles are your friend

It can be difficult to hear everything a character says while they’re desperately trying to keep a Clicker from tearing their throat to ribbons. But that’s far from the only reason you should keep the game’s subtitles on. Whether eavesdropping on an enemy conversation or hanging on every last word of a hushed exchange between your character and an ally, you’ll occasionally miss some of the dialog. And again, given the game’s emphasis on storytelling and characterization, some of these back-and-forths – even seemingly throwaway dialogues between two baddies you’re about to silence – can carry significant narrative weight. Thankfully, the game features an unprecedented amount of subtitle-displaying options, from text color and size to including the speakers’ names, and even dedicated choices for “story” and “combat” lines – we suggest activating both for the richest experience.

This builds on the previous point, but we can’t stress enough the importance of listening to your adversaries. The Last of Us Part II sports smarter, more realistic enemies, but this enhancement doesn’t stop at their ability to flank and execute you with increased efficiency. Your targets are also more human, complete with names, backstories, and character traits. Lending an ear to their exchanges can, of course, help you circumvent and counter their strategies, but listening to them will also find you empathizing with them. Closure on a “successful” kill doesn’t come when your target hits the ground, but when the agonizing screams of the friend that found their corpse stops weighing on your conscious.

The Last of Us Part II’s post-apocalyptic Seattle contains more artifacts than it does virally-infected foes. Encompassing everything from letters, notes, photos, diaries, trinkets, and other inventory-filling collectibles, these items pack tons of useful, story-supporting intel. This information can include locked safe combinations, clues on an enemy’s whereabouts, and world-building anecdotes.

More than all that, though, many of these items unravel their own emotional arcs or connect critically to the main story. They’re also not filler or throwaway asides to be ignored, but juicy narrative nuggets matching the quality of the main plot’s writing and characterizations. Whether it’s a self-contained story spread across multiple artifacts or a single, scribbled note offering significant insight into Ellie and Joel’s relationship, it can’t be stressed enough how much these “optional” pick-ups add to your overall enjoyment – and emotional exhaustion – of the experience.

Collectibles you’ll need to platinum The Last of Us Part 2:

Scrap/Items to fully upgrade all weapons / Create all Items

The Last of Us Part II features a much bigger world than the first game’s, with much of it unfolding in wide-open exterior environments. You should absolutely explore these sandboxes, not only to take in their breathtaking, dystopian beauty, but to find those aforementioned artifacts. There’s a fine line between thoughtful, off-the-beaten path exploration, however, and compulsively scouring every last nook, cranny, and crevice in fear of missing a collectible.

We’re as guilty as the next trinket hunter when it comes to sniffing out every last one of the game’s superhero trading cars. But these and other items can always be retrieved later by revisiting completed chapters. Organically searching for story-enhancing materials versus obsessively finding fun collectibles is admittedly a delicate balance, so a good rule of thumb is to take cues from other characters. If a friend’s pouring their heart out to you during a conversation, for example, maybe don’t abandon them because you spotted something sparkly two rooms over. Similarly, if you’re chasing a target – or running from one – don’t stop because you might miss something hidden behind a dumpster, tucked down an alleyway.