How To Livestream Billy Strings From London via nugs.net 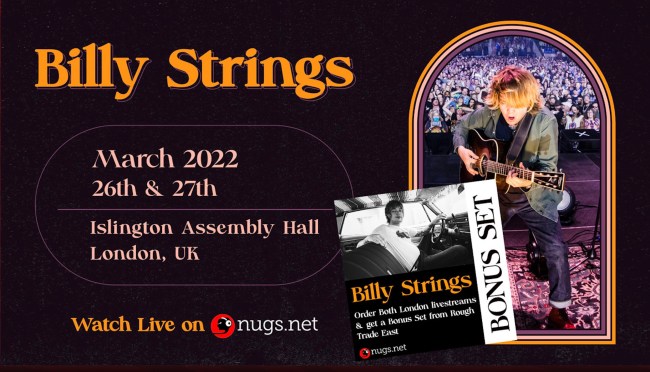 This weekend, Billy Strings hits the stage from across the pond. The sold-out shows at Islington Assembly Hall in London marks Strings’ big international debut.

If you didn’t steam across the Atlantic, you can catch two nights of Billy Strings from the comfort of your couch via nugs.net

Catch the Billy Strings London webcast via nugs.net. You can subscribe to nugs.net and get the Billy Strings livestreams for $9.99 or buy a multi-night package for $19.99, with replay for 48 hours. If you order both London shows, you can also watch Strings’ bonus set at Rough Trade set on Friday.

Available in 4K or HD below.