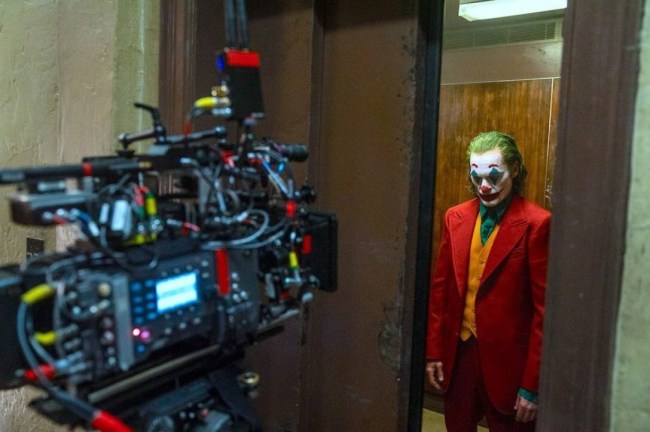 Prior to his Academy Award-nominated turn as the Joker, acclaimed actor Joaquin Phoenix was notoriously averse to comic book filmmaking.

Phoenix, something of an actor’s actor, had never previously appeared in a comic book film, as he always sought to avoid big-budget blockbuster filmmaking.

However, despite his apparent and staunch aversion to comic book movies, Phoenix always remained interested in a low-budget character study of one of these iconic villains and that’s exactly what we got with Joker.

And according to director Todd Phillips, it was that very sentiment which he used to convince Phoenix to join the film.

“He liked the spirit of what the movie was, a sort of anti-comic book film or whatever,” Phillips began. “However you wanted to classify it. He only responded to the spirit, but he also wasn’t somebody who ever thought that he would be in a comic book film. I think, I don’t want to say for sure. I’m sure he’s turned down comic book films in the past. So, that was the biggest hurdle.”

“He read the script, he got it. He also got that it wasn’t a straight-up comic book movie, but it’s the same point,” he added. “It was still called Joker. It still says DC presents at some point in it, you know, so that was I think the biggest hurdle and we talked a lot about that. We had these meetings for months. And before he agreed to do it, I would say three or four months and a lot of questions. I think some of it was him just feeling me out, of course, and talked about the vibe and the tone. ‘What’s it going to look like and how do I work? What’s the approach?’ It was a lot, but it was great and it was really like prepping away. It really helped us down the road and I know.”

“I think certain actors, it affects them a lot and others it doesn’t,” Phillips answered. “I would say with Joaquin and a lot of actors I work with they get really affected by their wardrobe and with Joaquin as fas as like the garbage being piled on the streets and all that stuff. I think you can’t help but feel it, but I know with him it was much more wardrobe based than necessarily the production design. And you know, some of the production design, to be fair, is we don’t do a lot of CGI in this movie, but there is a certain amount of world-building we did.” [via ComicBook]

Phoenix’s decision to play the Clown Prince of Crime ultimately turned out to be a wise one, as the 45-year-old actor is currently the favorite to pick up the Oscar for Best Actor at the Academy Awards on Sunday, February 9.