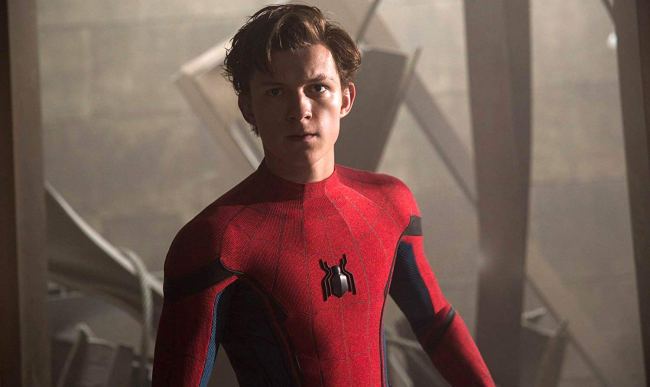 There are few 24-year-olds out there who have it better than Tom Holland. He’s locked in as Spider-Man, a centerpiece of the Marvel Cinematic Universe, for the foreseeable future and is simultaneously building up his reputation as a dramatic actor with films such as The Devil All The Time and Cherry. He’s also set to star alongside Mark Wahlberg as Nathan Drake in Uncharted, which could be the beginning of another lucrative franchise role. Compare all of that to what you or I was doing at 24-years-old, such as spending my summers crammed in a Jersey Shore house with 11 other dudes who smell of nothing but sweat and Red Bull Vodkas. The kid’s got it good.

Much of that success, obviously, came after Holland was cast as the Marvel Cinematic Universe’s Peter Parker prior to 2016’s Captain America: Civil War. Speaking of the disparity of our early 2000’s, I actually remember exactly where I was when I read the news about Holland’s casting: clinging on for dear life in an Atlantic City bed at about 7:30 in the morning as I nursed a debilitating hangover and a bruised ego from losing half-a-grand at the poker table the night before.

Turns out the way I found out wasn’t all that different from Holland himself, as he recently revealed in an “Actors on Actors” conversation with Get Out star Daniel Kaluuya that he found out about his life-changing career breakthrough via Instagram. Not exactly a fairytale moment.

“I remember going on my phone and checking Instagram, and Marvel had posted a picture of Spider-Man, of the cartoon. And they said, ‘Go to our website to find out who the next Spider-Man is.’ And by this point, I kind of had assumed I hadn’t got it because no one had called me… So I was like, ‘Okay yeah, I’ll just go and check.’

Tom Holland found out he was cast as #SpiderMan through Instagram: “I broke my computer. I flipped it up in the air. It fell off my bed. My dog went nuts” | #ActorsOnActors presented by @AmazonStudios https://t.co/Ewr5P0KHLF pic.twitter.com/kts7XFHMdA

While not exactly a fairytale moment for Holland, as the above article made clear, we’re sure he’s doing just fine.