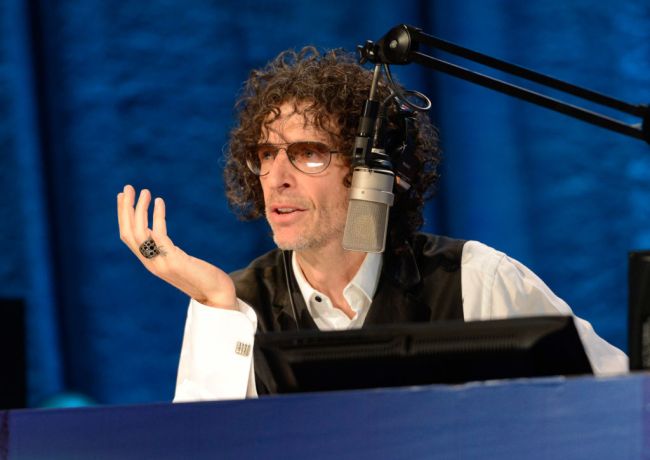 How are your summer Fridays going? You get to cut out a couple hours early to put your employer at ease for not providing dental benefits? Carpe diem, brother. For like 48 hours before Monday morning punches you in the gullet.

Howard Stern is drawing a hard line in the sand at his cushy Hamptons private beach after he negotiated a clause in his new Sirius XM contract to give him a break between the end of June and early September, Fox Business reports.

In December 2020, Stern signed a new deal with Sirius XM to extend his deal for The Howard Stern Show for another five years, allegedly getting paid out in excess of $100 million annually over the half-decade.

If those numbers are correct, the King of Media would be raking in $17 million dollars for his two month summer hiatus, which is comparable to how much Scottie Pippen got paid in his seven-year contract with the Bulls.

Stern’s been with the company for 16 years, joining Sirius when it was “a fledgling group of broadcasters” and transformed it into “the greatest content provider in media today,” or so he claimed in his statement following the deal.

When Stern announced he was leaving terrestrial radio in 2004, Sirius had just 600,000 subscribers. Now, the company has over 35 million subscribers and it doesn’t take a media executive to follow those breadcrumbs.

At 67 years old, the $650 million man may value his time as much as a paycheck, but that isn’t a good enough excuse for those shelling out $20 monthly subscription to listen to re-runs.

People sounded off in a now-viral Reddit thread titled, Howard Stern taking the entire summer off is bullshit.

Here are some notable responses:

He tried to sneak this programming note in at the beginning of the show. At first he tried to claim they always do this during the summer then pivoted and said this summer off was part of the new deal he made.

4 days off a week isn’t enough? Couldn’t take two weeks off? No that would be too fair to his customers.

I pay $20 a month for SiriusXM and I’m not paying $40 for re-runs. All Stern fans should do this. If Sirius’ profit plummets because a bunch of Stern show listeners cancelled at once I could see him back before September (or at least not pulling this shit again next summer).

If I knew the new deal would be like this I would have rooted for Howard to retire. (via)

If they stopped limiting what they play from the old shows, they would have enough content to fill a hundred summers. (via)

Makes me wonder if he is having some plastic surgery done. 60 days is about what it would take to recover. (via)

You are being seriously ripped off by Sirius if you are paying $20 a month. I have not paid more than like $7 -$8 a month for YEARS.

Just call and try to cancel, they literally are the easiest company in the world to negotiate a rate with, they almost won’t let you leave. (via)

I don’t find the quality of his shows improving when he is in the studio.

We either outgrew him or he outgrew us. Things change. It’s a shame. He was very influential in my youth and young adulthood. Whatever his show is now is not entertaining to me. Thank God for podcasts and Audible. (via)