Hugh Jackman Is Down To Remake The Greatest Movie Of All-Time, ‘Face/Off’, With Ryan Reynolds 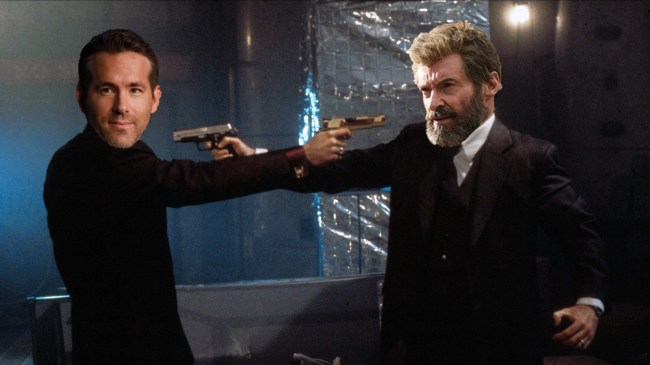 Has there ever been a bigger no-brainer in the history of American entertainment than pairing Hugh Jackman and Ryan Reynolds up for a remake of the 1997 Nicolas Cage and John Travolta classic Face/Off.

Not only is Face/Off a staple of late 90s action movies, but it’s unquestionably the single greatest piece of American filmmaking in the history of the medium. Forget about Francis Ford Coppola and Martin Scorsese. Keep your Tarantinos and your Spielbergs. Give me Jon Woo’s opus Face/Off as the most iconic piece of motion picture.

For the uninitiated and the uneducated, Face/Off sees Travolta’s FBI agent Sean Archer hunt down Nic Cage’s terrorist Castor Troy. Over the course of this 139-minute epic, without spoiling the film’s truly ingenious plot, Sean and Castor… swap faces! Simply art of the highest level. Art of such an elite prestige that the only way it could become better is by casting superhero BFFs Hugh Jackman and Ryan Reynolds in the lead roles, something that Jackman definitely seems open to.

In an interview with SiriusXM, Jackman has said that he would be open to starring in a remake of Face/Off with Reynolds, after being asked by one of the hosts if he’d heard that fans on Reddit were campaigning for them to appear together. However, continuing to play in to their public feud, Jackman said that they would have to shoot it in such a way as to ensure they never met, asking “is it possible to shoot it where we’re never actually together? I’m open to that.” [via ScreenRant]

Face/Off would be an absolute homerun for all parties involved: not only would it probably be a financially successful film, but it would likely be a hit amongst fans as the reputation of Face/Off has become borderline mythical in the two decades since its release. Folks, if there was ever a remake we deserve, it’s this one.