‘I Am Legend’ Trends After President Trump’s COVID Diagnosis, Proving Tons Of People Missed The Point Of That Story 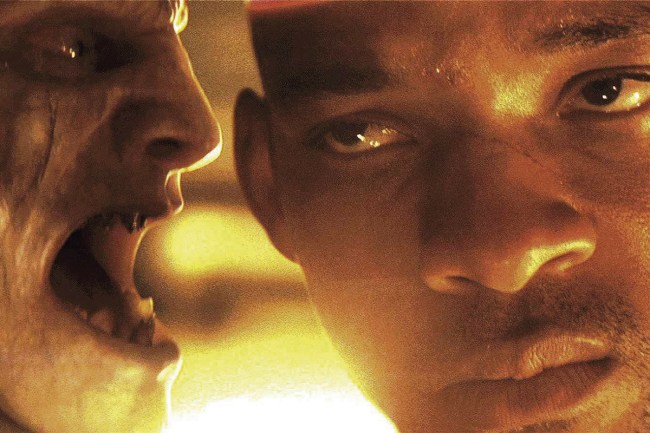 First things first, Rest in Peace to Samantha. Don’t know who I’m talking about? Well then, you’re clearly not as big of an I Am Legend fan as you thought, as that was the name of Will Smith’s trusted and beloved German Shepard. It’s quite literally impossible to have a discussion about I Am Legend without mentioning that dog scene, so I figured I get it out of the way at the start. So R.I.P, Sam. What a dog.

Now, onto I Am Legend trending on Twitter in regard to President Trump’s COVID diagnosis, which is otherwise just known as a normal Tuesday here in the U S of A (because mentioning the Commander in Chief in the same breath as a movie about living alone in post-apocalyptic Manhattan is always where you want your country to be).

The reason Will Smith’s 2007 zombie film finds itself back in the news — you know, besides the fact that a pandemic has ravaged the planet this year — is because human-helium-filled-ballon Ben Shapiro compared to currently-COVID-infected President to the film’s Dr. Robert Neville, who… kills himself in a blaze of glory at the end of the movie? And is actually, basically, more or less, the one who started the apocalypse to begin with?

You think 2020 has seen its biggest twist? Wait until Trump develops the anti-covid serum using his own antibodies like Will Smith in “I Am Legend,” and then wins 50 states.

Twitter has since reacted as you would predict by pointing out that not only does Will Smith’s character blow himself up, but that he could also be perceived as the bad guy of the entire movie as it was technically his handy work that unleashed the deadly virus in the first place. Ipso facto, Dr. Robert Neville is actually the BAD GUY of the story.

Fun fact! In the original story of I Am Legend, the Will Smith character realizes that he’s the bad guy and is a legend about the way people used to be but the populace has evolved and he’s the problem. https://t.co/5tzhrfXudq

Will Smith literally kills himself in “I Am Legend” https://t.co/qgHa74TsrP

I Am Legend is about a zombie apocalypse that was started by a re-engineered measles vaccine repurposed to vaccinate against cancer. They rushed through the clinical trials. So great analogy squeaky. Gotta be honest tho brain-eating zombies? Been on my 2020 bingo card for a while https://t.co/xBkeOjF6wg

Will Smith fucking dies in I AM LEGEND you smurfy asshole. https://t.co/2V4yggtjN2

I don't think this dude has even read I Am Legend, much less books in general pic.twitter.com/tqPqyghFY4

Fun fact and spoilers for a 66 year old book: the human (Robert) in I Am Legend was constantly hinted as being a villain. Something that a new society is evolving from and a relic of the past. https://t.co/lvUF8m0XBk

As both a Matheson fan and a Will Smith fan, I made the amateur mistake of getting excited that ‘I Am Legend’ was trending…

… and then I saw WHY. pic.twitter.com/KJpffTiErM

I don't think Ben knows the ending to I Am Legend https://t.co/tYUezwiOJ0

As I mentioned earlier, comparing our current state of affairs to a movie about end times is not necessarily where you want to be, so let’s hope the end of 2020 is more Pursuit of Happyness than it is I Am Legend.