I Love Tequila, Tequila Doesn’t Always Love Me Back 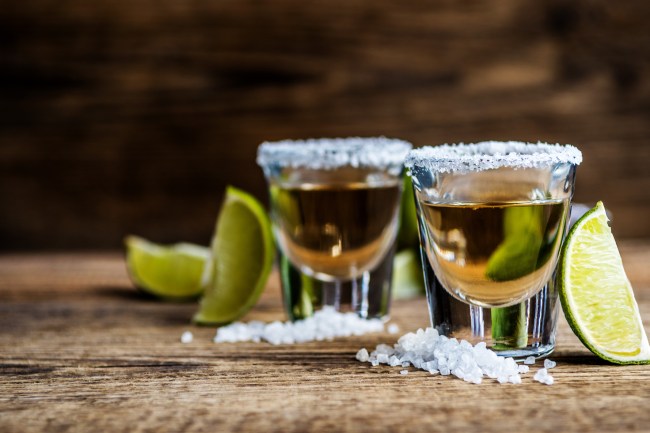 How many embarrassing stories have began with “one night in Mexico…” because that’s exactly where we’re starting here today. Actually, that’s a lie. It started early in the day. It might be the only time I fully blacked out twice in one day.

It all began at the Miami International Airport when the airline employee checking us in for our flight to Cancun with a layover in Mexico City decided we were worthy of First Class upgrades. It’s the only time in my life I’ve been randomly upgraded to First Class and my cousin and I sure weren’t going to let all that free First Class booze go to waste. It didn’t matter that this all started before 7am, we were getting after it.

I have absolutely no idea how many beers we drank on that flight or the next one after we made our connection in Cancun, but reality hit once we made it to the Yucatan and realized we had to sit at the airport for three hours and wait for a friend who was meeting us and getting in late. What was there to do but go crush some beers while waiting? Countless beers later our buddy arrived. He claims I bit him in excitement. I have no recollection of that incident. But we grabbed a taxi and headed south to Puerto Aventuras stopping at La Floresta tacos in Playa del Carmen along the way and that’s where the first blackout hit. We crushed so many tacos and kept drinking at a feverish pace that I woke up hours later at the condo where we were staying with no clue how we got there.

Then we got after it again.

We hopped in a taxi and went back north to Playa del Carmen. This was before Playa became extremely commercialized and the vibe back then was similar to what you find in Tulum now. We went straight to the reggae bar and I made the jump from beer to tequila which led to my eventual demise.

This was a Spring Break trip. I probably should’ve mentioned that before but I figured you could have connected the dots. We were staying with a buddy who owned a condo down there and had a solid lay of the land. There were four of us at this point and as often happens, we linked up with a group of four girls who were also on spring break. Around the time of last call which I believe was somewhere between 2-4 am they invited us back to their condo and that, my dudes, is where I learned a few valuable life lessons.

The embarrassment of the fourth and final time I walked into the sliding glass door was exacerbated by the fact that after the third time I tried to play it off like I wasn’t too drunk with “I’m fine, I’ll make margaritas for everyone to prove just how fine I am.” I loaded up the blender with tequila, ice, lime, possibly some sour mix, I don’t really remember, but then I picked up the blender to put it on the base and realized there was no bottom on the blender so all of the liquid poured out everywhere across this random girl’s condo.

Realizing I’m the idiot at this point, I say I’m sorry and offer to help clean but I’m useless at the physical state I was in so I instead head to the porch to smoke a cig and that’s when I came nose-to-glass for the fourth time in one night. I turned around, told the squad I’d reached the limits my body can handle, and started walking back to the highway to find a taxi only to be greeted by the merciless sun rising. It was already about 90 degrees and I wad down bad.

Thankfully for me, the seven others were just about as hammered as I was, and when we all reconvened the next night and periodically throughout the week at various bars nobody but me remembered the time I walked into the same sliding glass door four times in one night. The most embarrassing moment of my life somehow escaped the squad and still haunts my memories and mine alone, but I felt compelled to share it with you bros today.

(No) Regrets stories must be between 600 and 5,000 words and adhere to Vocal’s Community Guidelines. Only stories published on Vocal and entered into the contest up until April 27, 2021, at 11:59 PM EST will be entered for consideration.