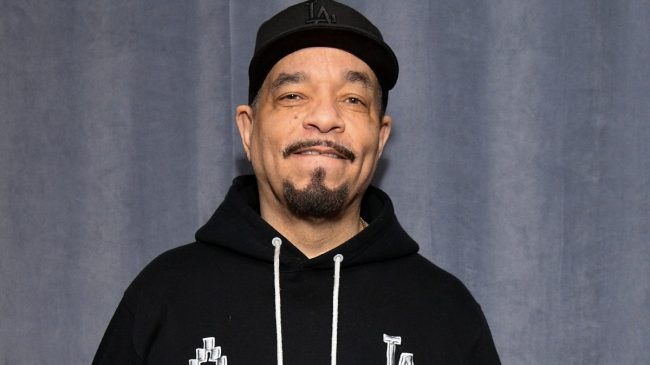 If you woke up on Wednesday morning and opened up your Twitter app, you may have seen actor/rapper Ice T trending on the discover page.

It probably wasn’t for the reason you might’ve thought, though.

Ice got up out of bed and decided it was the perfect day to post a corny dad joke relating to the rising gas prices throughout the country. The typically serious Law and Order actor cracked this unexpected quip for each of his social media followers to enjoy. It certainly wasn’t what I was anticipating seeing from the once stone-faced rap persona.

I was robbed at a gas station in NJ last night. After my hands stopped trembling..I managed to call the cops and they were quick to respond and calmed me down….. My money is gone.. the police asked me if I knew who did it..I said yes.. it was pump number 9…

The tweet begins in a serious manner with the celebrity saying that he’d been robbed in New Jersey. He was trembling. The cops were involved. His money was gone.

I’ll be honest, I was duped at the start.

He then goes into the punchline, saying that the gas pump was the culprit behind his robbery. What a zinger.

Ice has shown his comical side in the past. I’ll always remember that appearance on the Chappelle Show where he was the headliner of the International Player Hater’s Ball.

See now I know why you headlined the Player Hater’s Ball on Chapelle Show. I applaud you @FINALLEVEL pic.twitter.com/4TZhPGSQEM

But dad jokes? C’mon. That was a territory I never thought I’d find Ice T. The surprising post was actually very funny, and it definitely got a chuckle out of me.

The internet agreed, and their immediate reaction to the tweet was hysterical.

Check out the response below.

That is really good….well done

Ice T preachin’ up in these twitter streets!! 🔥🔥 https://t.co/ly7KkHiIJz

Ice T getting into his car after tweeting the gas pump robbed him: pic.twitter.com/CqEtZveCIB

Ice T after tweeting the gas pump robbed him: pic.twitter.com/eHDT4btd5q

ICE T hitting send on that tweet this morning pic.twitter.com/M9vMDuRHGf

was worried this was real for a second 😂

Holy shit! That just made my day! 🤣

Thanks Ice T… this is the joke we all needed today. 😂

Everyone’s reaction after reading the first line of that Ice T tweet pic.twitter.com/7r6fsehIhI

Had me going there for a minute Mr. ICE T. I thought who the hell is brave enough to do that. But then I kept reading and had a good laugh. pic.twitter.com/kVNEYbxZDR

I was reading this ain’t no way Ice T was scared and a robber had his hands trembling 😂 https://t.co/4msDega2V2

Ice T hitting send on his I Got Robbed tweet… pic.twitter.com/D0sDHnbpuQ

Ice T definitely sent chain emails back in the day

Ice T proves that a dad joke is powerful enough to bring together and unite people of all ages, genders, races, and creeds. https://t.co/rHUlcnLpmh