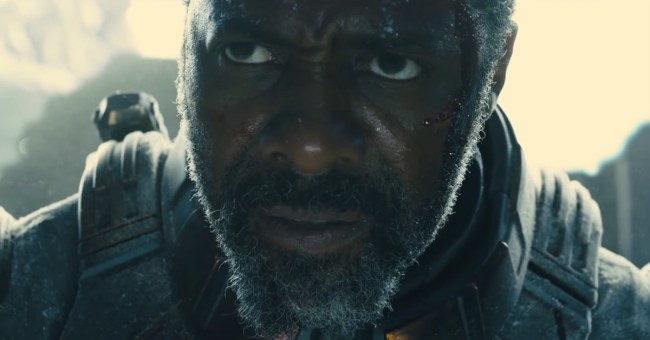 The third (and likely final) trailer for James Gunn’s The Suicide Squad hit the internet this week, and not only is it a marked improvement over the first two teasers that were released earlier this Spring, but it details the awesome backstory of Idris Elba’s character.

Playing a character named Robert DuBois, a.k.a. Bloodsport, the new trailer for The Suicide Squad reveals that he finds himself in prison for hospitalizing Superman after he shot him with a Kryptonite bullet, which is a detail that’s consistent with the character’s comic book origins.

Now, while I doubt this means the Last Son of Krypton pops up in The Suicide Squad, it does give audiences a sense that — while the bad guys — this version of the Suicide Squad packs a serious punch.

Originally, Elba was cast to take over the role of Floyd Lawton/Deadshot from Will Smith, who played the character in 2016’s Suicide Squad. However, director James Gunn and the studio eventually decided to rewrite the character and change him to Bloodsport to allow Smith to potentially return in a future film.