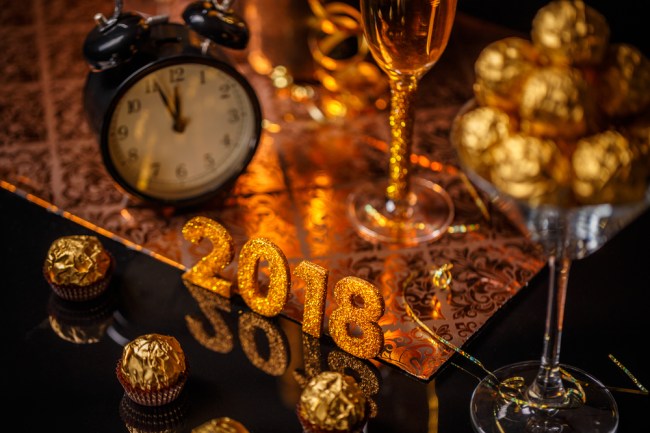 We are only two Mondays away from 2018. The end is near. Even though 2017 has been a miserably tumultuous year for most millennials it has been a pretty fantastic year for funny memes. And at the end of the year, it’s the memes we remember fondly, right?

One meme that’s taken off just days before Christmas and New Year’s Eve is the ‘If You Play (this song at midnight)…’ meme. The format’s pretty straightforward. People suggest you start playing a song within minutes of midnight on New Year’s Eve and then they include some sort of a joke. For instance, one user suggests you start playing Lil Pump’s ‘Gucci Gang’ 3+ minutes before midnight on NYE that way when the clock strikes midnight the song will already be over and we can leave that song in the past forever. I’m not sure I agree with that sentiment. I can listen to ‘Gucci Gang’ on repeat for the rest of the day and be fine. But I get why a lot of people hate the song, it’s extremely overplayed (amongst other reasons).

Anyway, I don’t want to overexplain this ‘If you play this song…’ meme too much so let’s just get right to the memes, is that cool with you?

if you play Taylor Swift's "Reputation" album at 11:04:06pm on NYE, you can sleep through the whole album and still have 15 seconds to wake up before midnight

if you play Gucci Gang at 11:57:36 PM on New Years Eve it’s perfect because the song will end right before midnight in 2017 and we can leave it the fuck there because that’s where it belongs.

FUN FACT: If you start the song Africa by Toto at 23:58:43 on New Years Eve, the 1st chorus will play exactly at midnight

Alternatively, if you run a hose from the exhaust into your car & turn on the ignition at 23:40, death's icy grip should take hold just in time for the bells

if you play Encore by Delta Goodrem at exactly 11:56:54pm on NYE, she'll say "hush hush now" in 2017 and belt out "don't come back for the encore" in 2018. start off the new year by removing toxic people from your life and love yourself

if you play the spongebob theme tune at 11:59:34pm on new year’s eve and follow the captain’s instructions, we will all hit the deck and flop like a fish in unison at midnight and honestly I think the world needs that

Last, but not least:

If you play nothing at exactly 11:59:57 on December 31st, you’ll hear just the echoes of people celebrating in the distance, as the clock strikes midnight. Remind yourself of the inescapable fate of isolation in our fleeting existence. Enter 2018 the right way.

There are legitimately thousands and thousands of these tweets out there. I’m 100% certain that I missed some of the best but I also don’t have all day to go searching through Twitter for the dankest tweets. If you see any that you think I should’ve included here you can hit me on Twitter at @casspa.