Iggy Azalea Tried To Criticize Eminem For Delivering ‘Lazy Bars’ In ‘Killshot’ Diss Track, Gets Instantly Mocked By Everyone 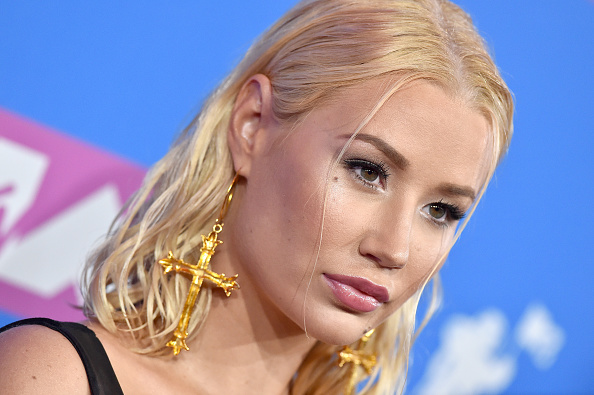 Got more fans than you in your own city, lil’ kiddy, go play
Feel like I’m babysitting Lil Tay
Got the Diddy okay so you spent your whole day
Shootin’ a video just to fuckin’ dig your own grave
Got you at your own wake, I’m the billy goat
You ain’t never made a list next to no Biggie, no Jay
Next to Taylor Swift and that Iggy ho, you about to really blow

Kelly, they’ll be putting your name
Next to Ja, next to Benzino—die, motherfucker!
Like the last motherfucker sayin’ Hailie in vain

Apparently Iggy Azalea didn’t like that Em named her in the song and called him out for delivering “lazy bars” on the diss track.

And that’s my unbiased opinion from a girl that watched this guys set and sung the words in the crowd. I’d think it regardless.
One of the greatest to do it, I’m NOT in dispute about that. But I do think the name dropping thing has become a crotch.

Also let’s talk about why it’s lazy now; but wasn’t in the earlier work.
The earlier stuff was crazy, twisted and creative.
This stuff feels more like picking names that fit easily into a rhyme scheme. 🤷‍♀️

And real music shouldn’t be someone barking the whole time, I guess we all can’t get what we want 🤷🏽‍♀️🤷🏽‍♀️ pic.twitter.com/YfvAfLWF8l

Everyone when Em disses Iggy next… pic.twitter.com/kikelYKiv5

Do u think someone like u have a right to say how diss songs should be? Lmao pic.twitter.com/Xf6UXp2fXq