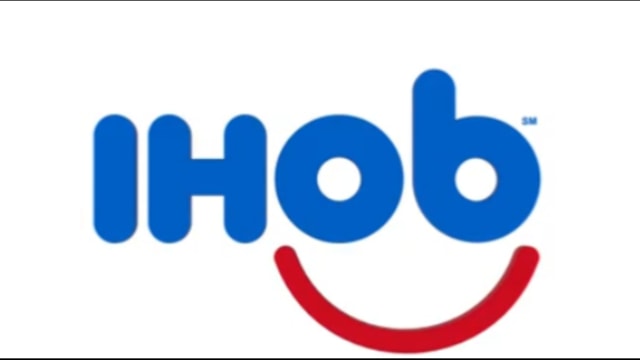 A year ago IHOP announced they were changing their name to IHOb, but kept fans guessing as to what the “b” would be. Eventually, it was all just a marketing campaign to promote their burgers. The International House of Pancakes was changed to the International House of Burgers to sell hamburgers. Now IHOP is changing their name again and the internet is not having it.

Last year, the Internet had a lot to say about IHOb. Well, we heard you. Stay tuned for June 3. #IHOP pic.twitter.com/ycbk0rKAY8

IHOP is running with the advertising message yet again that brought them so much publicity last June. On Sunday, the official Twitter account for IHOP tweeted out: “What could the P be? Find out June 3.”

What could the P be? Find out June 3. #IHOP pic.twitter.com/fARA5GmQj1

The Twittersphere was not ready to wait until June 3rd and gave guesses as to what the “p” could mean. Guesses included premarital sex, pneumonoultramicroscopicsilicovolcanoconiosis, photosynthesis and even some who suggested they would serve actual people.

Paid too much for a bad marketing campaign.

There were R. Kelly-approved guesses.

This may shock you, but many people are hoping that IHOP is turning into a brothel or a cat adoption center.

oh they got pussy at ihop now https://t.co/FDykSGrIkP

Then there were the people who were sick of the name changes.

Oh no.
Not again.

Sadly, the actual p-word might be even worse than the suggestions. IHOP might be attempting to promote their “Pancizza,” which is the restaurant chain’s pizza-shaped pancake. The pizza/pancake amalgamation was rolled out in select cities in February for National Pizza Day and it could roll it out nationwide with the name change.