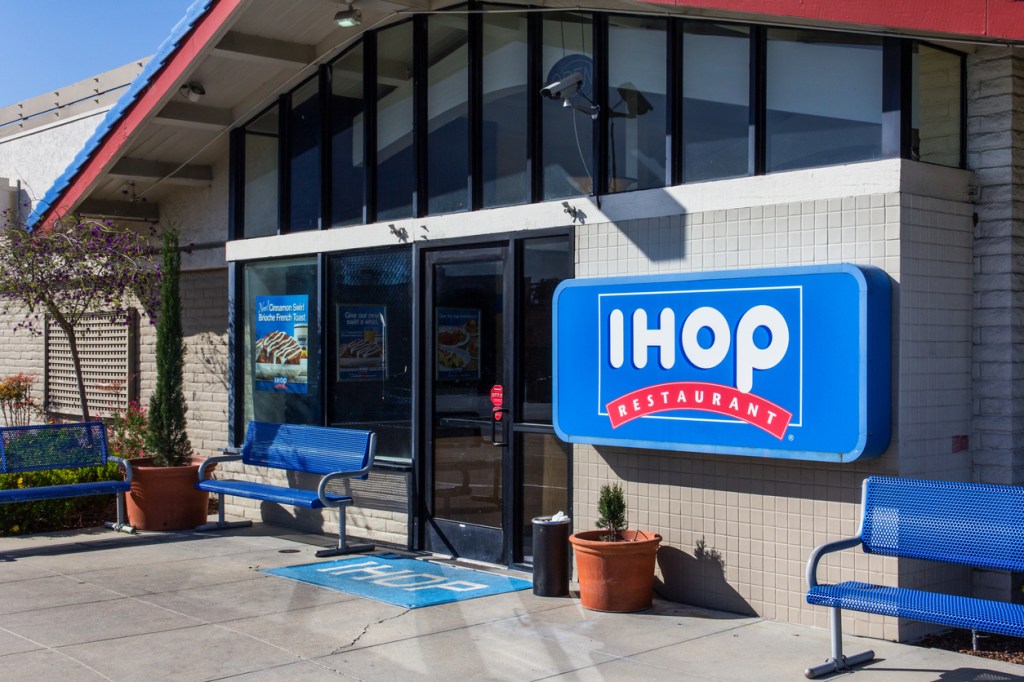 I want to tip my hat to the retired Air Force veteran who intervened at IHOP when a belligerent Karen lost her damn mind and he stepped in to shield a fellow serviceman from her vile abuse. He somehow managed to keep a straight face as she hurled obscenities at him and tried to bait him into an altercation that all started because she was acting like a monster.

The incident took place at an IHOP in Virginia and the camera was rolling throughout. There are three parts to the video with the situation escalating. In the first clip, she storms back to say “Just so you know, I came back in to give her the rest of the cash from my wallet because you guys all tip like s**tbags.” The soldier he’s harassing is black. I guess in some world it’s possible that she’s referring to servicemen as bad tippers but you don’t have to have a Ph.D. in psychology to see the racism here.

After coming back, she begins harassing the soldier about ‘the thin blue line’ and ‘BLM’ and ‘antifa’ when it’s really not clear what the hell she’s talking about at all or why she’s even there in the first place harassing these soldiers. It’s as if there’s a stream of racist verbal diarrhea spewing from her mouth that can’t be stopped.

I think the most remarkable aspect of this video is she’s wearing a mask for portions of it which makes it really hard to get a read on this person. What caused this volcano of disgusting racism to spew out of her on that particular day or is this a regular occurrence from her? What is she on (substances?) or is this her normal demeanor? Is she a regular at that IHOP and did anyone ID her to ban her from the premises in the future?

The videos above have gone viral on TikTok and has been picked up by other websites like Whiskey Riff. Surely, someone somewhere will know who that is. The first video’s already been viewed 1.2 million times and the other two videos are racking up views by the minute.

The soldier who was being harassed by the woman has since responded to the outpouring of support he’s received from people on TikTok:

He sure as heck didn’t need to forgive her for that abuse but he did. I’m sure she’ll issue some sort of an apology in the coming days as this story goes mainstream and there’s a need to save face.