This Illustration From 1921 Could Be The First Meme Ever Made 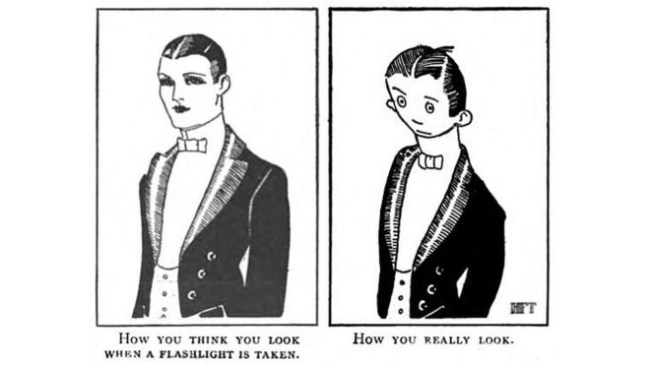 The word “meme” was coined by Richard Dawkins coined in his 1976 bestselling book The Selfish Gene. Dawkins used the word to explain how an idea spreads from person to person, but has been reappropriated by internet culture as infectious images, videos, and GIFs that are spread easily on the interwebs. The first internet memes started showing up in the late 1990s. However, the first meme may have happened all the way back in 1921.

Way before meme classics such as “Do You Even Lift Bro?,” “Scumbag Steve,” “One Does Not Simply,” “Joseph Ducreux,” and even “Philosoraptor,” there was an illustration that could be considered the first meme ever made. In 1921, a comic strip from the University of Iowa’s satirical magazine “The Judge” was printed and some are saying it is the first meme. The image is credited to the Wisconsin Octopus, another satirical magazine at the University of Wisconsin that ran between 1919 and 1959.