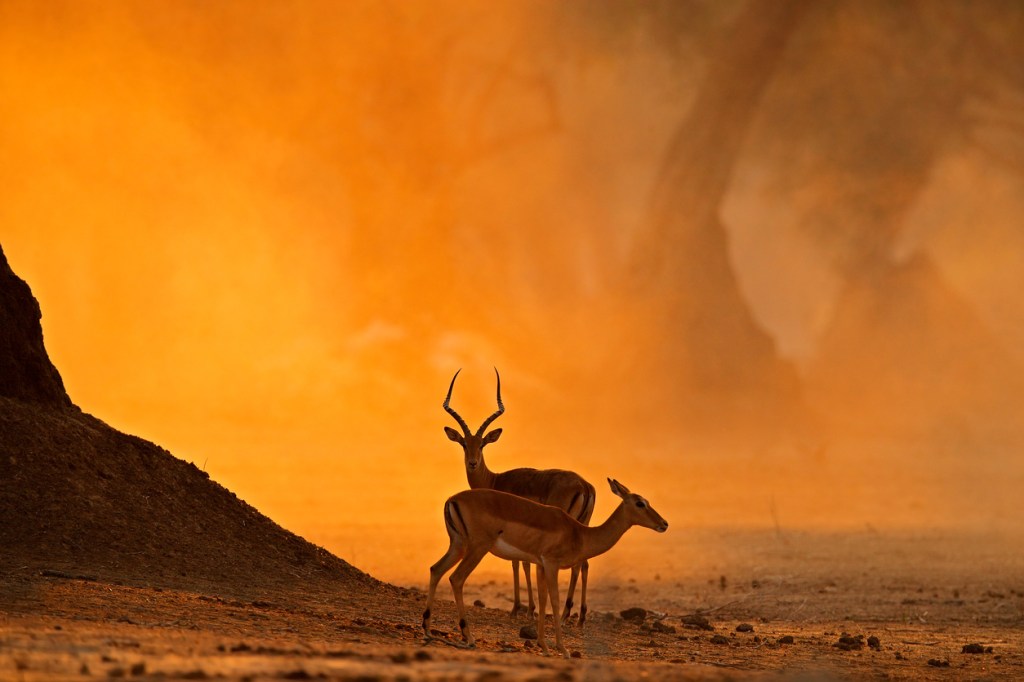 This is the ultimate underdog story. An impala whose only real defense against predators is athleticism manages to outwit, evade, and escape pretty much every predator that’s hanging out at the watering hole.

I don’t know about you guys but the lasting impression I got from this latest Kruger National Park clip to go viral is how lucky I am to have been born as a human being. Being born as an impala would be awful. The average lifespan of an African impala is 13 years and it seems like they spend at least 80% of that time running from predators.

The upside of being an impala it that it seems like spending 80% of your life outrunning predators is probably great for the ego. You go through life knowing you’re one of the fastest animals in the game. Nobody can catch you.

Anyway, here’s one of the wildest encounters from the Thornybush Game Reserve in the Greater Kruger, South Africa that you’re ever going to see unless you go visit the park.

This would actually make for one heck of a cartoon sequence. The wily impala rushing through the watering hole and pretty much waking up and pissing off every animal in the vicinity. I could easily envision this as the opening sequence to a Disney movie about a family of impalas.

For what it’s worth, there are about 2 million impalas out there in the world. Most impalas aren’t endangered but their largest threat is habitat loss. Getting to Kruger National Park is definitely on my bucket list at some point. If you need anymore convincing to visit yourself, check this out:

The lions never stood a chance.