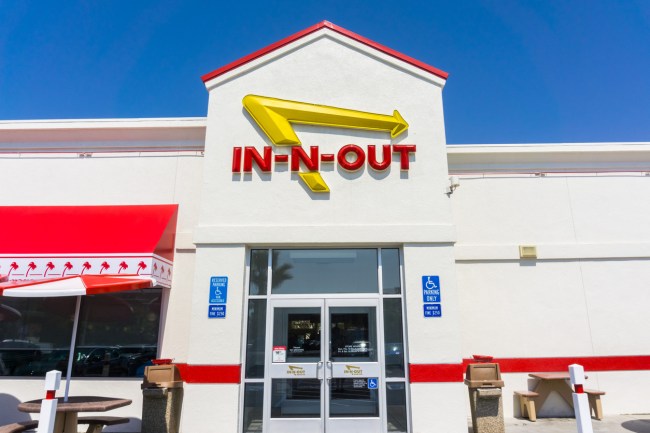 A few months ago, I was making my way back to my place after a night out in Brooklyn when I stumbled across a piece of trash on the ground, which normally wouldn’t be worth something writing home about unless I was traversing the streets of Eagleton, Indiana.

However, what I saw stopped me in my tracks, as I had no idea how the wrapper of a hashbrown sourced from a Wawa had managed to make the long and arduous journey north to NYC.

That visual has stuck with me for some reason and I still find myself occasionally pondering the mystery behind it, but this week, a new piece of refuse burst onto the scene that now has the entire city in a state of confusion: an uneaten In-N-Out burger.

Finding an untouched double double on the ground in Jamaica, Queens is the most confusing thing I’ve ever experienced. Ever. What the fuck is going on @innout? #mystery

Much like the aforementioned convenience store, the California-based burger chain has a fierce cult following thanks in no small part to its stubbornness to expand outside of the geographic region where it made a name for itself.

I don’t find myself in Los Angeles that often, but whenever I find myself going to or from LAX, I always make sure to make a quick stop at the In-N-Out near the airport to get my fix.

With that said, I’ve never boarded a plane with a burger in tow, and if I did, there’s zero chance it would survive long enough to find itself unceremoniously discarded on the streets in Queens—1,500 miles away from the closest location—instead of in my stomach.

I (and others) have searched far and wide for an explanation without any success, and while no one can figure out exactly how the hell this happened, plenty of people are holding out hope that this could be a marketing stunt teasing the arrival of an In-N-Out in New York.

I…………love that this is considered news

(also pls let this summon in-n-out to come to nyc)https://t.co/6H1DrDhQov

If this is the beginning of a marketing campaign announcing an In N Out on the east coast/NYC… well, then today just became the best day ever https://t.co/mjJrfNRqNB

In-N-Out is infamous for stressing the quality of its food and keeping tabs on the vendors that provide it, which traditionally means they’ve refused to expand unless they’re able to establish a suitable supply chain.

Have they finally found one on the East Coast? My fingers are crossed (and my stomach is growling).