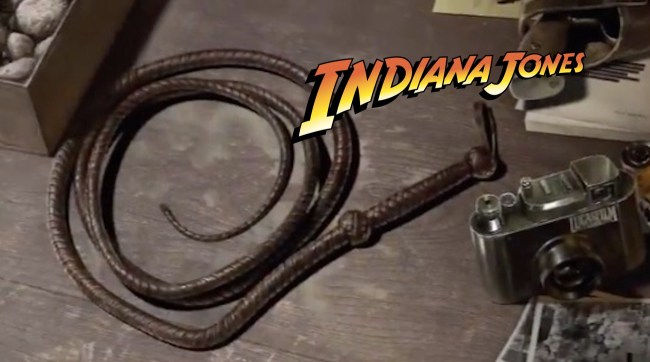 Folks, I don’t say this lightly: FINALLY, some good news. Holy hell. We could use a dub around here, and while comparatively insignificant to everything else that’s happening in the country right now, the news of an Indiana Jones game from the creators of the iconic Fallout franchises certainly qualifies as something worth getting hyped about.

A new Indiana Jones game with an original story is in development from our studio, @MachineGames, and will be executive produced by Todd Howard, in collaboration with @LucasfilmGames. It'll be some time before we have more to reveal, but we’re very excited to share today’s news!

In an official statement paired with the brief teaser, Bethesda said that the new Indiana Jones game will have “an original story” and “it’ll be some time before we have more to reveal.”

Bethesda, widely-known for being the makers of the long-running post-apocalyptic open-world Fallout franchise, is also the pioneering studio behind Elder Scrolls, making them perhaps the perfect landing spot for the Indiana Jones property. Given Bethesda’s language in their announcement, it’s likely we won’t see the eventual Indiana Jones game released until the back-half of 2022 at the earliest. While that’s merely just my speculation, making a video game is a far more arduous process than producing a movie.

This game from Bethesda isn’t the only Indiana Jones project on the way, as the fifth and final film — which will be directed by James Mangold (Logan, Ford v. Ferrari) star Harrison Ford — is currently scheduled to hit theaters in July 2022, when its legendary star is 80-years-old.