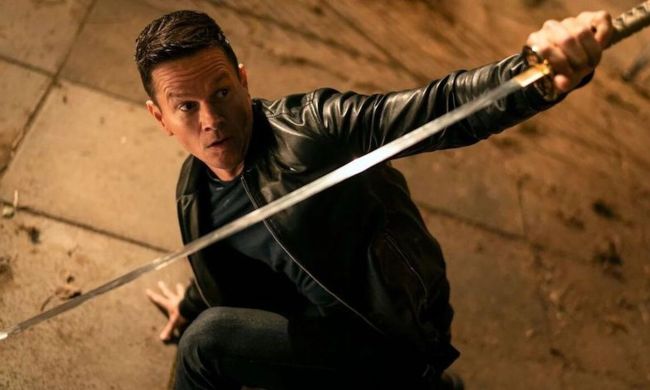 Did you know that a brand-new Mark Wahlberg action movie was released today? Probably not, as it appears that Paramount is trying to sweep Infinite under the rug as quickly as possible, as the new The Matrix-esque knock-off is getting absolutely torn apart by critics.

K. Austin Collins of Rolling Stone says that “Infinite flattens a high-stakes battle of good and evil into airless action of little consequence peopled by characters that amount to even less.”

The review from Variety wasn’t any kinder, as Peter Debruge says “The more you start to nitpick this movie, the more egregious its plot holes appear, until the whole thing collapses in on itself.”

Robert Daniels of RogerEbert.com agrees, categorizing the film as the “worst” of director Antoine Fuqua’s career, stating that “rather than crafting a high-concept science-fiction marvel, Fuqua’s Infinite relies on shoddy VFX and ropey world-building.”

Here’s the official synopsis for Infinite, via Paramount:

For Evan McCauley (Mark Wahlberg), skills he has never learned and memories of places he has never visited haunt his daily life. Self-medicated and on the brink of a mental breakdown, Evan is sought by a secret group that call themselves “Infinites,” revealing to him that his memories may be real—but they are from multiple past lives. The Infinites bring Evan into their extraordinary world, where a gifted few are given the ability to be reborn with their memories and knowledge accumulated over centuries. With critical secrets buried in his past, Evan must work with the Infinites to unlock the answers in his memories in a race against time to save humanity from one of their own (Chiwetel Ejiofor) who seeks to end all life to stop what he views as the cursed, endless cycle of reincarnation.

Unfortunately for Wahlberg, it’s easy to see why Paramount decided to release the film on streaming instead of in theaters: as things currently stand, Infinite boasts a 22% critics score on Rotten Tomatoes. I’ve also see Infinite and a 22% score seems fairs, as it’s not even one of those “so bad, it’s good” action movies — it’s just simply bad. Poor writing that leads to one eye-roll-inducing moment after the next.