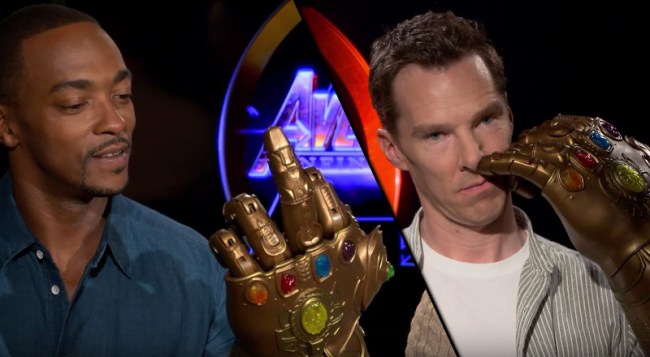 Playing a superhero in a Marvel movie must be one of the best, most fun jobs in the world. You’re a fully-grown adult who gets to dress up in the best Halloween costumes ever created, run around and pretend to fight and shoot things, get paid gobs of money and be adored by millions of people.

Thie child inside all of them must be pinching themselves when they sit back and think about what they get to do for a living.

Orrr, that child can come out and play when you are being interviewed about Avengers: Infinity War and out of the blue someone hands you a giant Infinity Gauntlet to wear and annoy your castmates with in a fashion almost as bad as being turned into dust by Thanos.

Which is exactly what happened when Anthony Mackie, Benedict Cumberbatch, Winston Duke, Tom Holland and Sebastian Stan were being interviewed by CinemaBlend recently.

While Benedict Cumberbatch eventually has the self-awareness to know that if he doesn’t give the gauntlet back he’s just going to sit and play with for the rest of the interview, Anthony Mackie was having so much fun with it he probably tried to take it home with him. 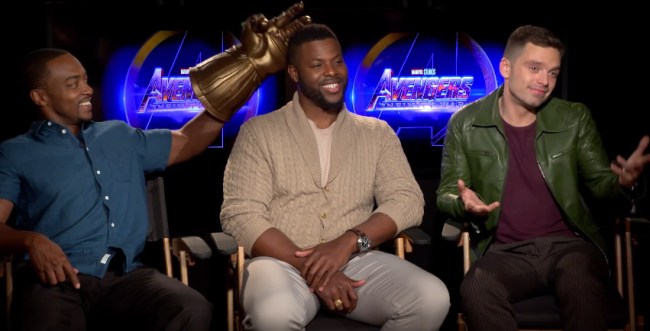 What a life these guys lead, huh? 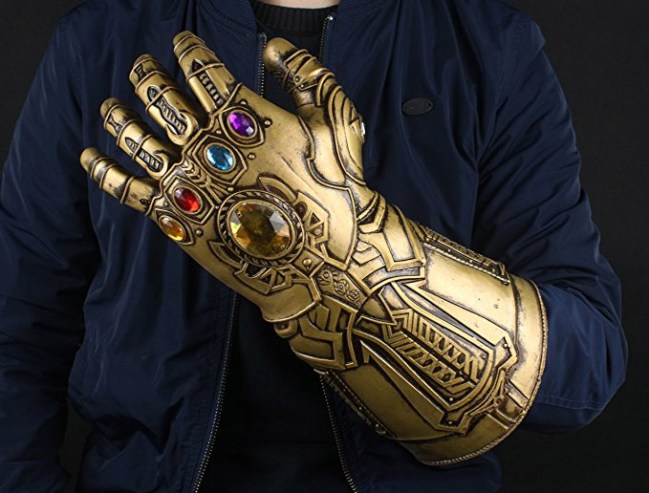