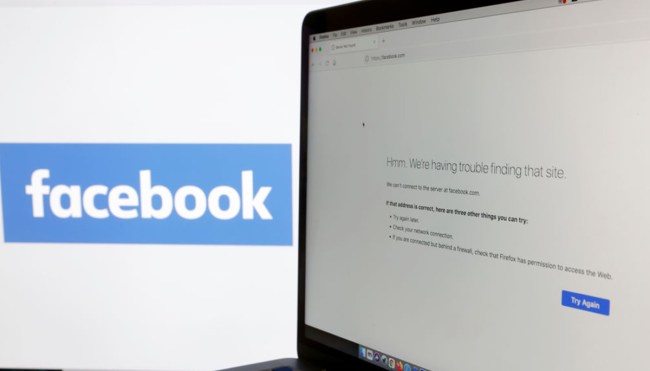 On Monday, anyone who was hoping to spend their afternoon watching videos of cute animals doing funny things, attempting to convince someone they haven’t spoken to since freshman orientation to join their pyramid scheme, or doing some super in-depth research into vaccines hit a bit of a snag after Facebook and Instagram (as well as WhatsApp) unexpectedly went down.

The fact that Facebook and Instagram were down made it a bit hard for people to start spreading conspiracy theories about the real reason Facebook and Instagram were down (if you’re curious about what’s really going on, here’s a solid explainer). Thankfully, we did have one saving grace in the form of another social media platform that may or may not also play a vital in the collapse of polite society and the downfall of the human race: Twitter.

You could make the argument that Jack Dorsey’s brainchild is just as harmful as the technological monsters Mark Zuckerberg has allowed to transform into the uncontrollable kaiju they’ve become. However, I’m willing to give Twitter a bit of a pass thanks to the amount of entertainment I’ve got from the comedy gold you can find if you’re willing to sift through the expanse of toxic sludge that obscures those nuggets.

In the wake of the troubles faced by Facebook and Co, Twitter users delivered by dreaming up some fantastic reactions and proving once and for all it’s the best form of social media out there (a label that is admittedly akin to being known as the “tastiest diarrhea milkshake,” but hey, it still counts for something).

woah that was quick pic.twitter.com/xt9IWCip5j

Mark Zuckerberg has concluded his research into rating every woman on Earth and has now shut down Facebook. Thank you all for your cooperation.

“All this talk about Instagram and Facebook being down got me thinking about the times when i was down and you were there to pick me up…you don’t have to respond…tell your mama I miss her” pic.twitter.com/pvkJrmdhAu

"You know who else briefly went offline?"

People making jokes about the Facebook services going down make me sick. Anyone who was using an Oculus headset at the time is currently trapped in VR, and if they die there then they die in real life.

God help us if there’s a photogenic sunset tonight.

"1.5 TRILLION DOLLARS, SUCKERBERG! THAT'S THE PRICE YOU'LL HAVE TO PAY IF YOU WANT TO SEE YOUR BOOK'S PRETTY LITTLE FACE EVER AGAIN!" pic.twitter.com/eaCNw1MFh8

To the hackers that keep taking down some damn social media apps and not student loan lenders. pic.twitter.com/SateyhBP1i

Facebook engineers on their way to the data center pic.twitter.com/NlK7SWgv8I

Based on how the universe functions, there’s a good chance Facebook will recover from its crash as soon as I publish this, but I can only hope that doesn’t stop you from enjoying it regardless.