Popular Instagram Travel Influencer Gets Roasted For Adding Fake Clouds To Her Pictures, She Responds 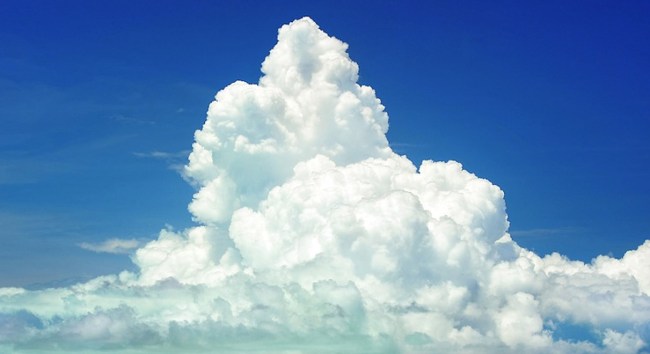 Travel influencer and blogger Tupi Saravia, @tupisaravia on Instagram, is catching hell on social media for repeatedly photoshopping fake clouds into many of the seemingly beautiful travel pictures she shares with her almost 300,000 followers.

This became an issue when someone on the internet with an abundance of free time and tremendous vision, @santilishi, noticed that the exact same could formation appeared in a bunch of Saravia’s photos and went viral on Twitter user Matt Navarra’s account.

This travel ‘influencer’ spookily has the same clouds in every photo. 😲🤔😆 pic.twitter.com/uYzXhTiRJp

Spooky, indeed. It looks like this particular cloud formation just follows her around the world looking for the perfect photo op. Damn, clouds, such attention whores.

The fact that an “influencer” would alter or clean up the photos they post to social media is not a surprise. What is a surprise is the fact that Saravia likes this particular cloud formation so much that she uses it over and over and over.

As such, the internet wanted, nay demanded, an explanation.

Those clouds are loyal followers ☺️

Not her mistake. Clouds should stop stalking her.

The app is @QuickshotApp. The cloud is filter SN10 🙂 pic.twitter.com/CWfPirnBPd

To her credit, after making her account private and then flipping it back to public, Saravia did come clean, writing, “Its an app called QUICKSHOT that i’ve always been opened about with my followers, actually there is a highlighted story on my feed where you can see how I edit my followers pics changing the sky. No big deal, I use it for better composition in my pictures when the actual pic has a burt or overexposed sky♥️ can’t believe how far my clouds went, if you need some I can do a giveaway 🤣☁️.”

Why we end here on social media!? Faking all the photos!? I can point other users doing this, as a photographer I can't stand this!

Tbh I find influencer culture to be very unsettling, and this is another prime example as to why, but I’m also confused as to why the sky had to be doctored seeing as the lighting in her photos suggests the weather is at least somewhat pleasant??

This really bums me out. There’s so many people who want what she has: a fabricated online reality 😔

So, does this “bum you out” too or do you not care if influencers are promoting false realities to their large, often young, group of followers?