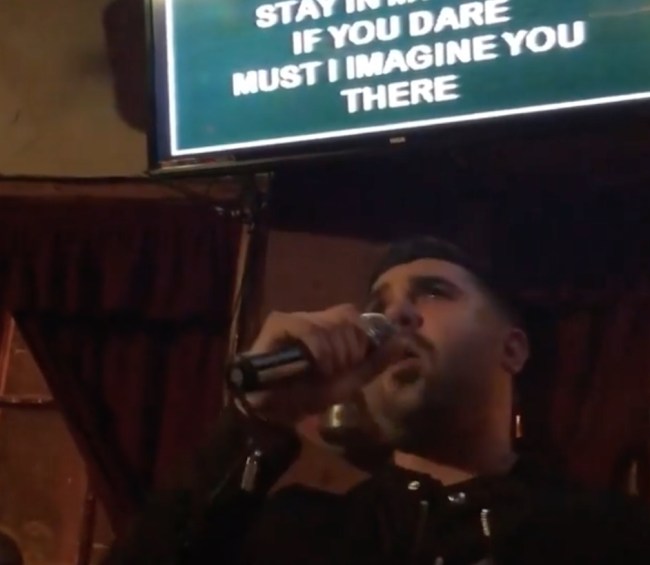 A good Karaoke session will either make you or break you, it does an incredible job of separating the men from the boys in a matter of minutes. There is no better way to get to know your colleagues and who they really are than a company outing at a karaoke bar. The songs they chose and the passion in which they sing it will tell you more than you could imagine about their past and their upbringing.

Odds are, a person standing up singing My Chemical Romance or Metallica has had a much different childhood and life than the colleague up there singing Miley Cyrus or Bon Jovi. That, however, is the beauty of it all, the karaoke machine brings out the best and worst of you.

My good Italian friend who we refer to as ‘Joey Cold Cuts‘ has the voice of an angel and will do anything in his power to make sure people know that by the time he walks off a karaoke stage. However, during a company outing, he chose to sing Bohemian Rhapsody and was obnoxiously interrupted by a co-worker of ours during the song. I was able to record one of the most epic rants of all-time from him after the night, expressing his sheer disappointment in being interrupted. The tone and pure devastation he endured during this rant is truly un like anything I have ever seen.

As he devours his Big Mac Meal he gives his take on the debacle “you don’t get in the way of me and my solo, like you just don’t do that. I was crushing the song, her voice was off pitch and terrible. She threw away everything I worked for, I was just trying to get the crowd riveted.”

I feel for my good friend here, I really do. You are in the middle of an epic Queen song, just taking the people who attended the bar that night through a roller coaster of emotions, and some co-worker has the nerve to try and jump in? As I mentioned earlier, nothing shows your true colors quite like a karaoke bar. Our deepest regards go out to Mr. Cold Cuts, it should be interesting to see if the young Italian can bounce back from this type of adversity.