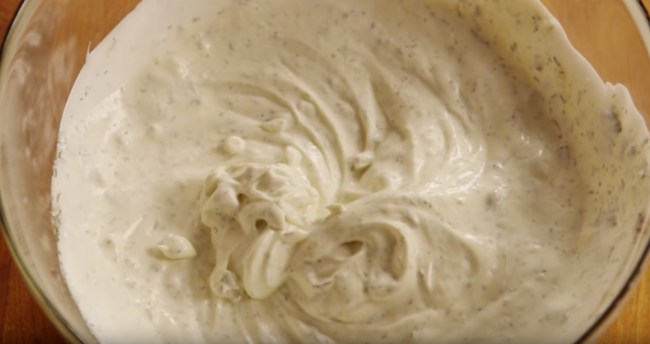 Ranch dressing is life. The creamy, but not too thick, slightly garlicky, flavorful, herby ranch sauce is so very tastefully versatile. It is a salad dressing, but not just any salad dressing — the most popular salad dressing by far. Americans were asked: “Which flavors of prepared salad dressing do you use most often?” They resounding responded with ranch. The overwhelming answer was ranch and estimates put 139.52 million Americans using the creamy dressing. The next most popular dressing was Italian, with only 59.17 millions Americans.

But ranch isn’t just a dressing. It can be used to put on vegetable to make them not taste like boring vegetables. Ranch is a delightful condiment to add bursting flavor to wings, pizza, and fries. Ranch can be added to recipes to give it a little zing. Hanna Kinney needed her ranch and she wasn’t about to let anyone get between her and the delicious sauce, not even a potential next President of the United States.

New York Senator Kirsten Gillibrand is vying to become the Democratic Presidential candidate for the 2020 election. She was having a campaign event at a restaurant in Iowa City, Iowa on Tuesday. That’s when ranch sauce and politics crossed paths and the people raised their voice to show what’s truly more important.

Gillibrand was approached by Hanna, maybe to ask the presidential candidate about her stance on how to reduce healthcare costs or what to do about the escalating national debt. The 22-year-old University of Iowa student was not so much interested in getting government policy positions, but just wanted some ranch sauce. Hanna doesn’t like ranch dressing… she LOVES ranch dressing.

When Gillibrand stops her speech and turns to the student, Hanna says, “sorry, I’m just trying to get some ranch” dressing. Aren’t we all? Politicians may come and go, most of which will disappoint you, but ranch is always there and never lets you down.

Hanna, who now goes by the name “Ranch Girl” in her Twitter bio, said her viral moment that arrived because of a buttermilk-based condiment is “pretty on-brand for me.” Kinney added, “I am dedicated to this ranch.” Is there actual verbiage in the Constitution that says the American people CAN’T elect a condiment to be the President of the United States?

And here's video of the woman "just trying to get some ranch," while Senator Kirsten Gillibrand speaks to supporters in Iowa City. pic.twitter.com/6PRCVbbIQW