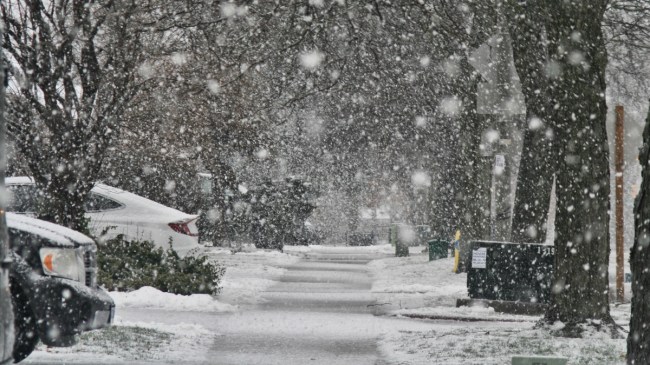 Winter storms are hitting the US hard right now as blizzards are picking up steam across the nation. Although some of us love the snow, there are others who hate it.

Well, an Iowan sports reporter seems to be in agreement with the latter. The local news team asked him to help cover the blizzard and he does nothing but complain the whole time.

Mark Woodley shares a cut-up of the sports reporter responding to the news team each time they ask him for an update. Usually, he’s busy covering sports and is likely inside the studio. However, with local sports shutdown in Iowa due to the storm, his bosses asked him to be a field man for the blizzard. Watch the hilarious video below!

This is what you get when you ask the sports guy to come in to cover a blizzard in the morning show. pic.twitter.com/h0RL9tVQqg

This guy wants nothing more than to be back in bed. Or, at the very least, be in the studio and stay warm. We don’t blame this guy one bit, as this Iowa storm looks insanely cold. There really isn’t any other reason to be outside in a blizzard unless you’re going sledding. On top of that, 3:30 A.M. is incredibly early in the morning.

We just hope this guy gets some sort of bonus for going outside his daily job. Even if he complained the entire time. Maybe the studio learned their lesson and won’t ask him to cover the blizzard next year. If not, we look forward to this Iowan sports reporter complaining again.