The Do’s, Don’ts And Everything Else You Should Know About Shipping Weed Through The Mail 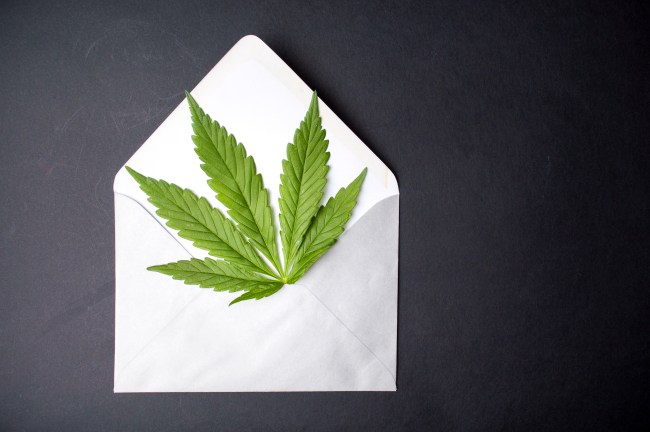 There was once a time when marijuana smuggling consisted of a few college pals jumping into a rental car and heading south of the border to meet up with a shady character with a glass eye and a wooden leg. They might toss a bag of cash in the passenger side window of his old, rusty truck, being careful not to hit the rooster in the shotgun seat, and then travel for miles to a separate location where yet another cutthroat bendeco would hand them several bricks of hierba to transport back into the United States. The young smugglers would then have to make it across the border without getting pinched by border security or any other cowboy law enforcer looking to make good on his ass-kicking quota by terrorizing a bunch of hippies.

But smuggling marijuana is easier these days. Now that cannabis is sold legally in some part of the United States, most smugglers are simply getting their smoke from one location to another by shipping it through the United States Postal Service. Sure, this practice goes against the grain of federal law, as any amount of marijuana sent through the mail is considered drug trafficking. But most of those who use this method of transport seem to be getting away it scot-free. Some statistics show that somewhere around 90 percent of the weed shipped through the mail goes undetected.

Yet for the unlucky 10 percent who do get caught, the penalties can be quite severe. Earlier this month, a Colorado man was sentenced to five years in federal prison for shipping $3 million worth of marijuana through the mail. James Mack, 38, reportedly shipped up to six 5-gallon buckets of marijuana to his partner in Kansas every week for about a year. But as with anything in life, too much of a good thing can eventually go bad. In addition to his prison sentence, Mack was also forced to forfeit the $1.5 million he profited from his illicit pot business. The message from the federal government was clear: We are not messing around with people who use the mail to smuggle weed.

It is important to point out that shipping larger quantities of marijuana (or another other Schedule I controlled substance) through the mail, like Mr. Mack, is likely going to result in prison time and high fines. But it depends on the amount of pot. Shipping over 28 grams of pot is a bad idea. Over 50 grams is even worse. So, if a person must ship weed through USPS, it is best not to go full-blown Pablo Escobar. Keeping it small will lessen the chances of getting pinched.

But no matter the size of the pot shipment, legal troubles are definitely on the horizon for anyone busted using mail service to ship marijuana. That’s a guarantee.

Even if a person lives in a legal marijuana state, it is still against the law to send marijuana through the mail. But it is less likely they will be caught. Someone in Denver isn’t likely going to trigger a red flag by sending a package to a friend in Aspen. But parcels coming out Colorado (or any other legal state) destined across state lines can attract unwanted attention. Especially, if the packaging is sloppy and done up with a fake or no return address. Plain brown paper parcels also stand an increased chance of getting pulled of for inspection.

Sending edible marijuana can be a safer bet. This is because odor is the biggest give away. Raw flower is pungent and it permeates from the packaging the longer it sits, even when it has been vacuum sealed, so overnight or next day shipping is a always a smarter move. Keeping a box in the postal system for days only increases the chances of a postal worker or drug dog alerting federal officials to illegal contraband.