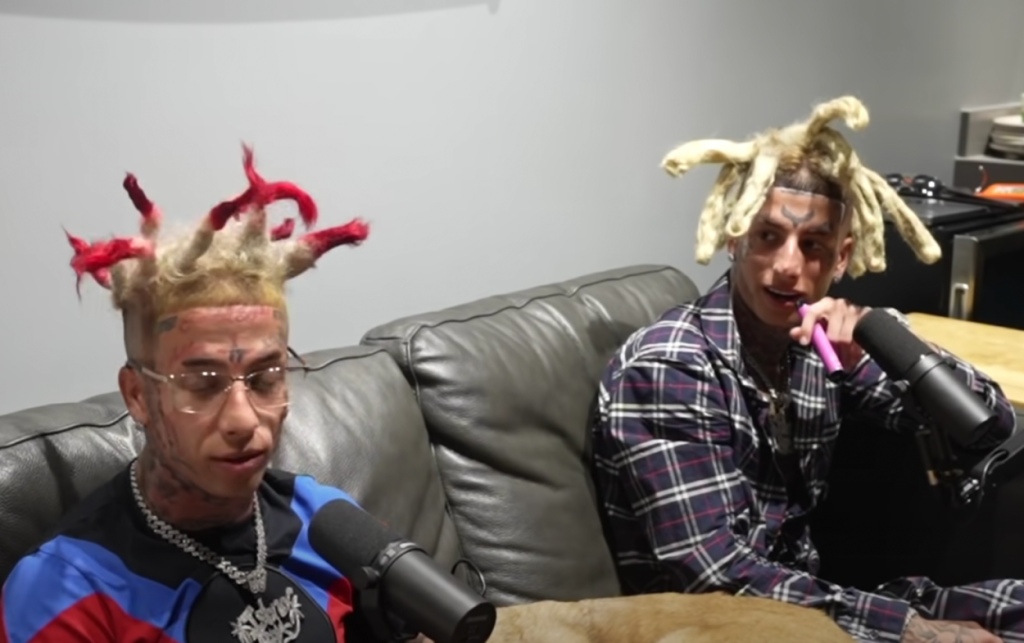 It’s been a minute since I thought about the Island Boys, the twin brothers who blew up on TikTok and have maintained some measure of celebrity status since then. Let’s not beat around the bush here, their hair and tattoos and horrendous ‘Island Boys’ song was fun to stare at for a few days but never did I expect I’d be writing about them months and months later.

I remember early on when the Island Boys’ fame started exploding I’d read about their ‘criminal history’ but nobody was reporting concrete details on it. And now they’re on the Steve-O’s Wild Ride! podcast talking about the time they spent incarcerated, primarily in juvenile detention.

What I find intriguing about this clip is how they’re all sharing stories about their experience in jail but only Steve-O is talking about why he was in there, 10-days in Orlando for his second DUI. The brothers are like ‘Orlando, that’s a tough spot!’ as if there’s any good jail to be in. But that said, it’s not as if Orlando has any reputation whatsoever for being a tough jail.

This was in 1996 and the one brother drops “this guy’s been around for a while” because they were born in 2001! Jackass! had been on MTV for a whole year before these little kids were even born. That’s breaking my brain for some reason. Anyway, here’s the clip with some of it transcribed below. FYI, there’s some mature content discussed in the interview so be

Here’s how it starts out…

Steve-O: So you started recording music in 2020, and before that you said ‘when you got out of jail.’ When did you get out of jail?

Steve-O: So that was just straight Juvenile?

Island Boy 2: It was pretty serious. We were labeled as like ‘menaces to society’ because when you’re a juvenile they’ll give you a slap on the wrist. And you know when you’re a kid and you’re running wild you’re a little lost.

Steve-O: So they sent you to Jacksonville because they didn’t want you guys to be in the same spot?

Scott Randolph: Why, because you’re related?

Island Boy 1: Yeah they consider it a gang. His brother chimed it with ‘yeah, you could jump certain people.’

You can hit that ‘play’ button above to check out the full interview.