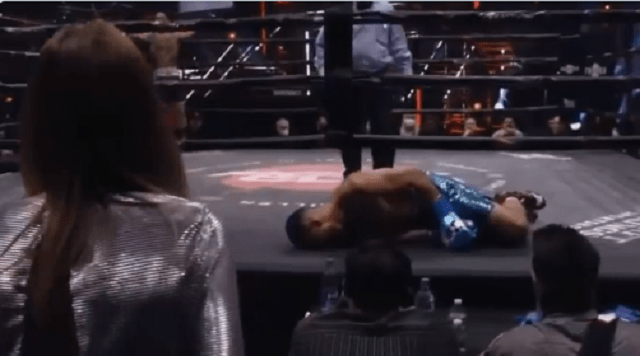 The Regis Prograis-Ivan Redkach fight ended in a bizarre controversy as Redkach quit following a ‘low blow’ despite the fact that replays showed the shot landed legally.

After losing for most of the fight, Redkach grabbed his groin as if he took a low blow after eating a debilitating body punch.

Did you think this was a legal or illegal blow?#TrillerFightClub pic.twitter.com/kCPllpCJFb

The commentary after that body punch in the Prograis-Redkach fight was pure comedy pic.twitter.com/ENsFHysZQy

Prograis was awarded a unanimous decision with the judges scoring the fight 60-54, 60-54 and 59-54 instead of a knockout and fans were not happy with Redkach, who they felt was faking the injury after getting embarrassed in the ring.

Redkach is wild 😂😂😂😂… he forgot it was replay