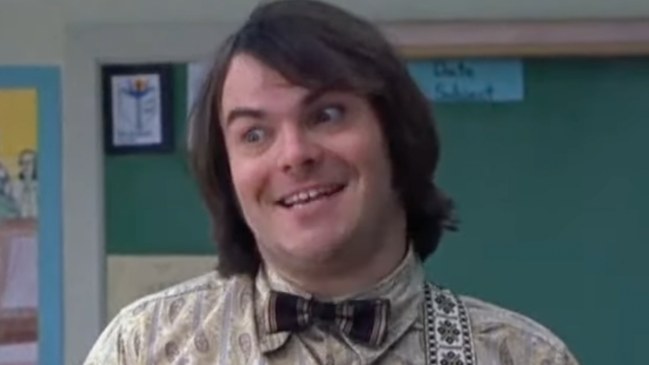 in the late 1990s, Jack Black first made a name for himself when he and Kyle Gaas became one of maybe five people in history who’ve been able to master the art of musical comedy after founding Tenacious D, a group whose comedic prowess was only outmatched by their impressive musical ability.

Their brand of humor may not be for everyone, but you can’t really say the same about School of Rock, the 2003 crowd-pleasing box office hit (and one of the more objectively enjoyable movies ever made) where Black plays Dewey Finn, the “deadbeat idiot” who shares the actors’ real-life passion for rock music and subsequently indoctrinates an entire classroom of fourth-graders at a fancy prep school after conning his way into a job as a substitute teacher.

The movie (which spawned a musical that opened up on Broadway in 2015) has more than stood the test of time and continues to find new fans who share an appreciation for Black’s ability to make his undying passion for the genre at its center exude through the screen—including one who was treated to an amazing moment after getting the chance to meet the actor.

Black is one of those celebrities who will likely force many fans to grapple with an existential crisis if any evidence ever emerged to destroy the Good Guy reputation he’s cemented over the past few decades.

Thankfully, we’ve gotten some more evidence he’s one of the nicest and most genuine dudes on the planet courtesy of what unfolded when he met a young fan in a wheelchair while he was serving as the host at the Layla Paige and Friends Walk for TrinityKids Care (an organization focusing on pediatric hospice care) in California earlier this month.

During the fundraiser, Black got the chance to meet Abraham, a School of Rock fan who told its star his favorite song from the movie was “The Legend of the Rent” (the track that served as the springboard for the original tune the class ultimately performs at the climactic Battle of the Bands).

The actor subsequently pulled an awesome move by belting out the song and giving Abraham and his family a priceless memory in the process.