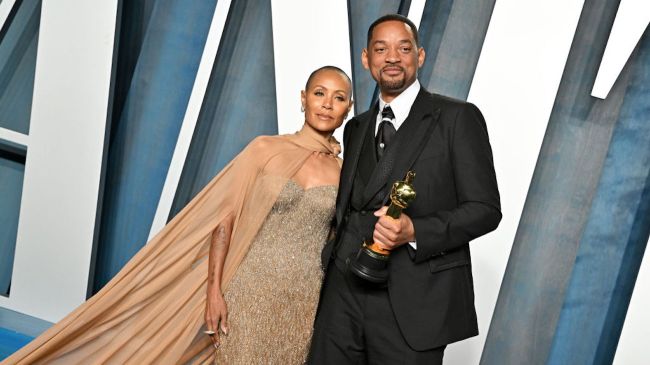 Jada Pinkett Smith, the actress who is married to Will Smith, has publically addressed the shocking Oscars night incident which saw her husband walk on stage and smack Chris Rock across the face for a joke that he made about her.

Speaking on a new episode of her Red Table Talk, Jada Pinkett discussed the stunning moment — Smith, taking offense to a joke that Rock made about his wife’s hair, walked onto the stage and took a swing at him — for the first time.

Following the swing at Rock, Smith was back on stage later that night accepting an award for Best Actor for his work in King Richard. The following day, Smith posted a public apology on Instagram. Nevertheless, the Academy of Motion Picture Arts and Sciences subsequently suspended Smith’s membership for a decade.

“This is a really important Red Table Talk on alopecia. Considering what I’ve been through with my own health and what happened at the Oscars, thousands have reached out to me with their stories,” Pinkett Smith said. “I’m using this moment to give our alopecia family an opportunity to talk about what it’s like to have this condition and to inform people about what alopecia actually is.”

Pinkett Smith continued, “Now, about Oscar night. My deepest hope is that these two intelligent, capable men have an opportunity to heal, talk this out, and reconcile. The state of the world today, we need them both. And we all actually need one another more than ever. Until then, Will and I are continuing to do what we have done for the last 28 years, and that’s keep figuring out this thing called life together. Thank you for listening.”

In addition to the Oscars ban, Smith — who hasn’t been heard from since that night — has seen his latest film, the Antoine Fuqua-directed slavery drama Emancipation, delayed from this year until 2023, likely due to the fallout of the slap.

RELATED: Chris Rock Says He’ll Talk About The Will Smith Slap When Someone Gives Him A Bag To Do So