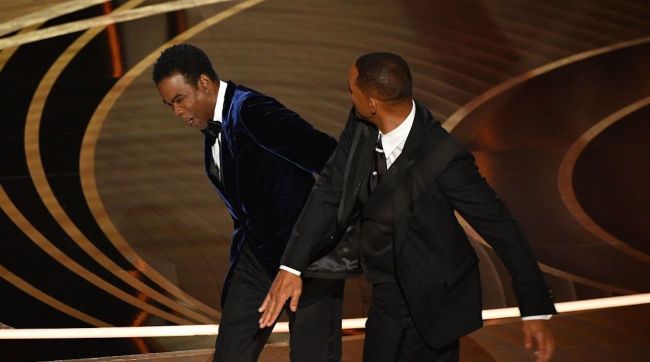 Stand-up comedian Chris Rock has confirmed that while he’ll eventually talk about the Will Smith Oscars slap one day, he’ll do so after he gets paid.

“I’m OK, I have a whole show and I’m not talking about that until I get paid. Life is good. I got my hearing back,” Rock said at his show in Fantasy Springs, California on Friday night, according to the Desert Sun.

Rock’s most recent stand-up special, 2018’s Chris Rock: Tamborine, is available exclusively on Netflix, so perhaps the streamer will be the one to give Rock the bag for his perspective on the infamous Oscars moment.

Smith, who won Best Actor for his performance as Richard Williams in the sports biopic King Richard, stormed onto the stage and smacked Rock in the face after the comedian made a joke about his wife Jada Pinkett.

Rock made a comment about Jada Pinkett’s shaved head, saying he’s looking forward to seeing her in the G.I. Jane sequel. The actress, who suffers from the hair loss condition alopecia, didn’t appear to appreciate the joke, which apparently prompted Will Smith to react the way he did. Later in the evening, during his Best Actor acceptance speech, Smith reasoned that “love will make you do crazy things.

Last Friday, news broke that the Academy of Motion Picture Arts and Sciences announced that they were banning Smith — who apologized to Rock, the Academy, the viewers, the Williams family, and the King Richard team the day after the incident — for a decade.