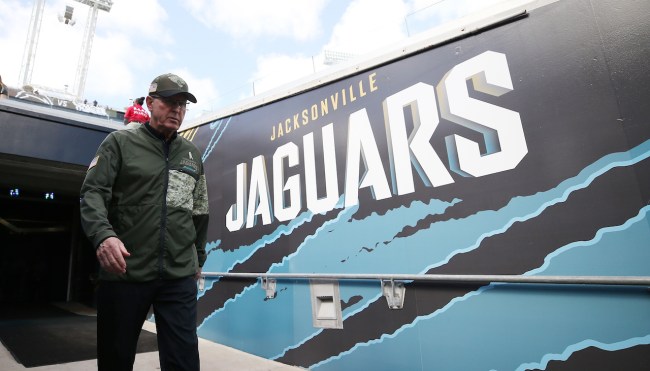 The Jaguars, who hired Coughlin back in January 2017, were found guilty of requiring injured players to get rehab treatment at the team’s medical facility. Additionally, the team was fining players for medical meetings that were deemed mandatory despite not being allowed to be mandatory, as per the current Collective Bargaining Agreement.

Coughlin’s dismissal comes after the National Football League Player’s Association issued an official warning to players about signing with the Jaguars.

NFLPA won an arbitration grievance against the Jacksonville Jaguars. Said Jags tried requiring players to get all offseason medical treatment at team facility, which contravenes the CBA. “You as players may want to consider this when you have a chance to select your next club.” pic.twitter.com/S1eyqqw8cg

While examining the case against the Jags, the NFLPA found that the team had fined Dante Fowler 25 times for a grand total of $700,000.

Additionally, star running back Leonard Fournette was reportedly fined $99,000 for sitting on the bench while injured. Plus, and perhaps most notably, All-Pro cornerback Jalen Ramsey — who said of Coughlin that he “tried to tell y’all” — forced his way out of Jacksonville via trade.

Prior to his managerial role with the team, Coughlin coached the Jaguars from their inaugural season in 1995 until the year 2002. During his tenure as Jags head coach, he led the team to two AFC Championship games.

As Executive Vice President of Football Operations, Coughlin — who had “the final say over all football matters”, according to ESPN — also built an AFC Championship Game worthy roster, as the squad made an appearance in the NFL’s de-facto semifinal during the 2017 season. However, the wheels have fallen off the project in the years since, as the team currently sits at 5-9.

In between stints with the Jaguars, Coughlin, now 73, won two Super Bowl titles with the New York Giants.