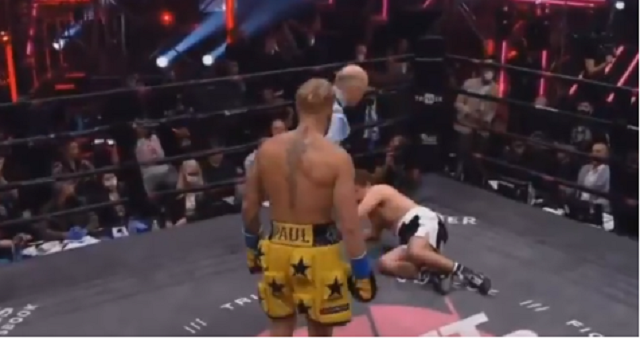 Jake Paul appears to be the real deal.

On Saturday night, Paul won his third straight fight after making quick work against former UFC fighter Ben Askren. Paul was able to knock down Askren in the first round and the ref stopped the fight after he felt Askren couldn’t continue following a standing eight count.

Jake Paul just knocked out a bag of milk pic.twitter.com/xfm4lMcCLm

While Askren lost in embarrassing fashion he didn’t seem to broken about it afterward.

Ben Askren got KOed but he’s laughing his way to the bank #TrillerFightClub pic.twitter.com/zCowPuwyue