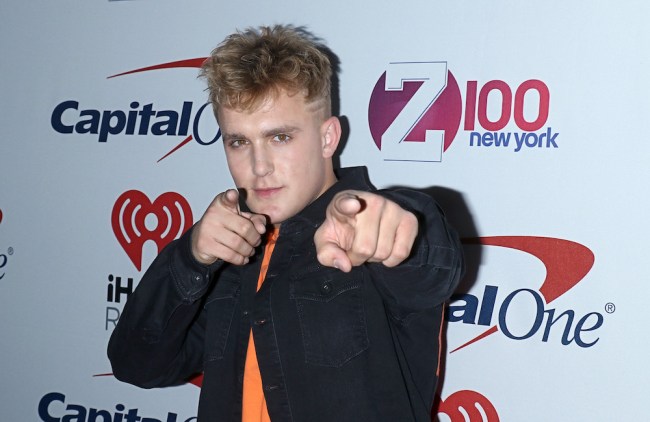 If you didn’t like Jake Paul prior to today, you’re really going to hate him now.

Fashion Square was not totally closed while protests were going on and looters can be seen smashing store windows, destroying cars, and stealing merchandise.

Paul was filming in the middle of all the chaos.

i repeat FUCK JAKE PAUL he’s a millionaire looting while people are outside protesting, getting shot with rubber bullets, teargas, beat by cops etc. pic.twitter.com/qgNavkNZwy

Paul appeared to be filmed taking part in some of the lootings. While he’s not see taking anything on camera, he’s obviously not trying to stop anyone from smashing windows, stealing, or destroying property.

Here are some reactions to the news.

Logan Paul films a dead body in Japan’s ‘suicide forest’ and posts it.

Jake Paul films himself looting during protests of the murder of an innocent black man.

The Pauls are the embodiment of white privilege. Profiting off of others suffering and getting away with it.

NOT JAKE PAUL LOOTING?? this is not a fucking vlog opportunity or a game. people are dying and fighting for their lives. for you to go out to loot a mall and not show up to the peaceful protests this afternoon?? flipping off a cop is not allyship you’re just being an asshole

jake paul has a 19 million dollar net worth and a giant platform consisting of mainly kids, and he’s out here looting whilst others get teargassed and beat? fuck off he really isn’t shit

Literal black people are getting arrested for looting during these protests but jake Paul a white man is posting him breaking In fashion square all over social media and nothing’s being done???? WHY???

hijacking the black lives matter movement as a famous internet celebrity to rob a mall is exactly what i thought jake paul would be doing today. https://t.co/PrrbN3njKz

Paul is one of the highest-paid celebs on YouTube and worth an estimated $19 million.

More to come as the story develops.