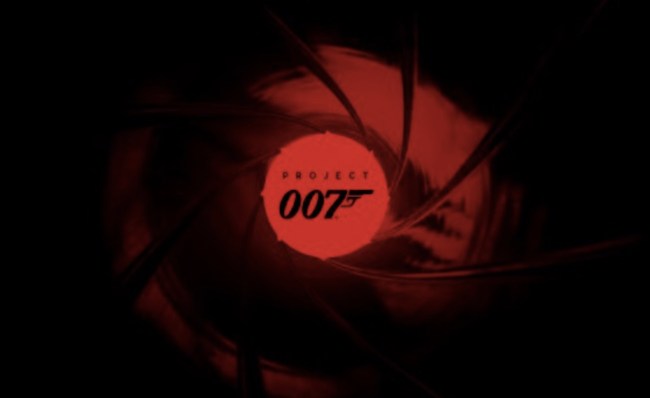 Late last year, news broke the IO Interactive, the gaming studio behind the acclaimed Hitman franchise, was developing a new James Bond game with an original Bond and an original storyline.

While details about the game were scarce, IO Interactive was able to reveal that the game would be an origin story that follows Bond as his earns his 00 status.

In a recent interview with IGN, IO Interactive CEO and co-owner Hakan Abrak further detailed the upcoming project, highlighting the differences between creating their own characters and adapting a famed, previously existing character like James Bond.

“It’s important to mention: doing a licensed game is new to us. We’ve only done our own, original IPs (intellectual property), right? We’ve created these characters… ourselves, from scratch.

“So, I think for us to really embrace this fully, and really, as I said before, we don’t like to work ‘mechanical.’ It’s not just because it’s a big IP, or it’s a licensed game, and commercially this is interesting… It means nothing to us. We’ve taken a lot of non-commercial risks before. So, for us, it’s about… we need to feel it, deep inside. The passion needs to be there, so it was very important for us that it wasn’t a movie adaptation. So, it wasn’t a game about… a specific movie, where the story has already been told.”

He continued: “It’s very important that we could create a digital Bond. A Bond for the gaming industry… So it’s a completely original story. This felt really, really important for us and we conveyed that to [James Bond owner] EON and they agreed that the result would probably be better doing it like that.

“There’s always excitement around a new Bond. It’s amazing, what they have done with the franchise over the years. Every Bond kind of defines a generation and it’s amazing how they kept reinventing themselves over so many years. So, we’re not only inspired by one movie, or games and whatnot. We’re inspired by the whole thing, and just sucking things into us to make an original Bond, an original story, but that is absolutely true and recognizable in the values there is in Bond. I’m really looking forward to creating a new community that the gamers can call their own.” [via IGN]

“Project 007 (working title) is a brand new James Bond video game to be developed by IO Interactive. Featuring a wholly original Bond story, players will step into the shoes of the world’s favorite Secret Agent to earn this 00 status in the very first James Bond origin story. IO Interactive is currently recruiting elite talent from around the world to join the team that will build out this exciting and unique gaming title.”

While IO Interactive’s James Bond game doesn’t have an official release date at this time, expect the game to release sometime in 2023 or 2024.