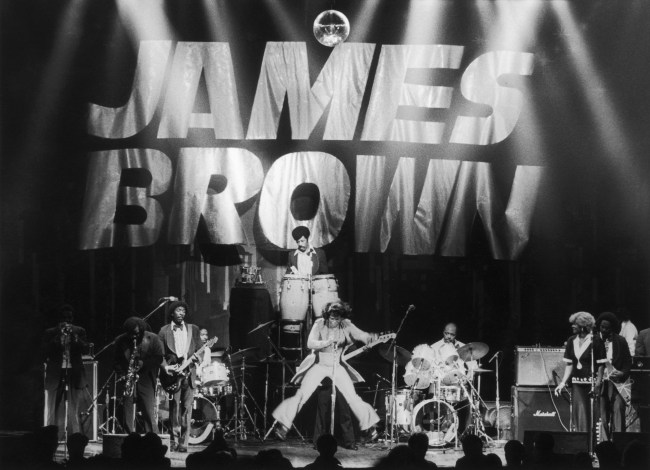 We spent a small chunk of 2018 talking about Rap Beefs, primarily the one between Drake and Pusha T that culminated with Pusha T outing Drake for having a secret son named Adonis. That’s when Hip-Hop industry O.G. J.Prince stepped in and told the two rappers the beef was over and it was squashed for the time being.

The modern rap beef has gotten pretty soft. It’s often some rapper hiring a ghost writer to write a hit track. It often happens around the time one of the artists is releasing an album, and it generally feels pretty staged.

By now you’re probably thinking ‘Cass, why the f*ck are you still talking about rap beefs? I came here to read about James Brown being a goddamn savage!‘ So let’s get to that. I stumbled across this story on Twitter about the late great James Brown’s rivalry with a musician named Joe Tex. It makes these modern rap beefs look like child’s play. It’s got dead pigs, stolen chicks, diss tracks, and more. Here’s the clip on YouTube and Twitter so you can choose your preferred medium to watch.

If you thought rap beef was serious, you haven’t heard of James Brown and Joe Tex pic.twitter.com/9zaIkNvgyf

I saw James Brown perform at the 2003 Bonnaroo Music and Arts Festival just a few years before he passed away in 2006. I’ve known of James Brown’s music for as long as I can remember. But I never knew the man was so ruthless until now and I kind of fucking love that about him.

While I’ve got you, this other story about George Clinton’s ‘Good Luck Crack Rock’ is straight up amazing and has more twists than I ever imagined.

Want some more? These are from a YouTube playlist which you can check out here.