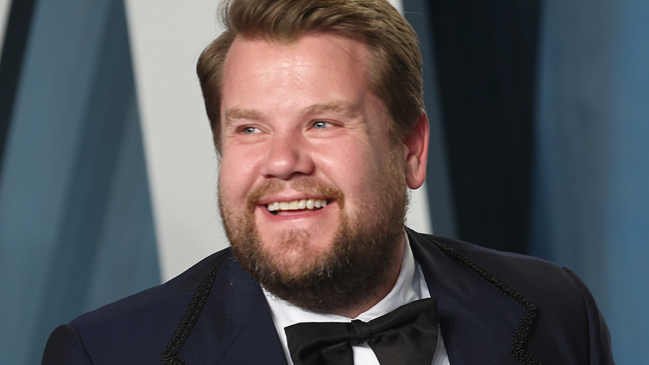 It’s been a very interesting few weeks for James Corden, who found himself at the center of controversy when he was banned from New York City restaurant Balthazar after owner Keith McNally publically accused him of repeatedly berating members of the French brasserie’s staff (a pattern of poor behavior that seemed to be the tip of the iceberg based on what others had to say after the news took the internet by storm).

McNally quickly changed course after Corden called him to apologize. However, that all changed when the host of The Late Late Show proceeded to put on a masterclass on how not to handle a public relations nightmare by insisting he actually didn’t do anything wrong in an interview, which led to even more drama that resulted in McNally opting to reinstate the ban.

While that saga may finally be behind us, Corden was unable to stay out of hot water for very long after once again attracting the wrath of the internet by seemingly committing comedy’s cardinal sin: stealing a joke.

This past week also marked the end of another seemingly endless saga after Elon Musk finalized a $44 billion deal to buy Twitter after spending months attempting to wriggle out of the acquisition.

One of Musk’s first moves as its new owner was announcing the platform will charge verified users $8 a month to retain the coveted Blue Checkmark. Corden discussed that development earlier this week on The Late Late Show by joking about Musk’s attempts to position Twitter as a “town square”—which people noticed had a lot in common with a nearly identical bit from Humanity, the stand-up special Ricky Gervais released in 2018.

It didn’t take long for the joke-stealing accusations to come to Corden’s attention, and he admitted he “inadvertantly” repeated the “brilliant” joke from his fellow Englishman on Twitter on Tuesday.

If recent history is any indication, it could only be a matter of time until Corden insists he didn’t really steal anything and did nothing wrong, so here’s to hoping the past won’t repeat itself.