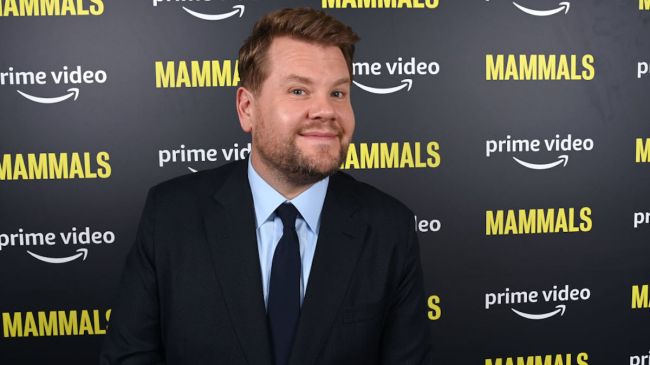 Earlier this year — in late April, to be exact — we brought you the reactions of the collective internet when we learned that James Corden would be stepping down as host of The Late Late Show, a post he’s utterly sullied ever since Craig Ferguson retired back in 2014.

While the vitriol that the pop culture world feels towards Corden has been festering for years, that desire to never see him on an American television screen again will likely only grow following these recent stories of the comedian’s alleged crappiness to undeserving restaurant employees.

On Monday, we published a story about New York City restaurant owner Keith McNally accusing Corden of repeatedly being abusive to staff at Balthazar. As a result of Corden’s apparent behavior, McNally decided to ban the Carpool Karaoke host for life (although Corden would later reach out and apologize).

Now, just a few days later, one of the wives of the Try Guys — I simply don’t have enough YouTube/TikTok culture knowledge to even begin to explain who they are, so we won’t even bother — shared yet another story of Corden being a jerk to restaurant employees.

“I overhear a busboy telling James Corden that Little Dom’s is closed right now,” the 32-year-old recalled, noting she was “walking down the street going to a happy hour” when she witnessed the alleged tirade.

“They close in the middle of the day between lunch and dinner. The busboy is telling James Corden he can get him a reservation right when they open. He was trying to be really accommodating.”

As for when Corden will be stepping down as host of The Late Late Show, that will thankfully happen in the spring of 2023.