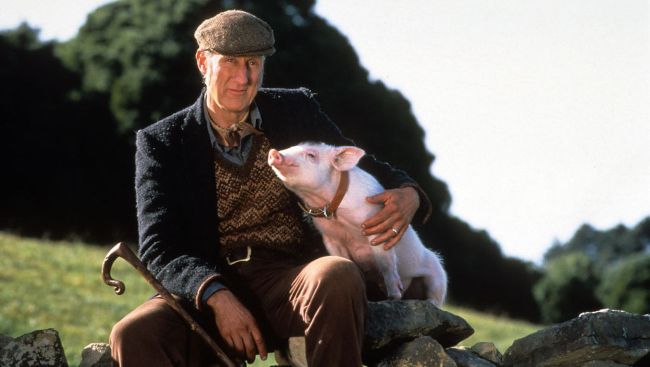 James Cromwell, an 82-year-old Academy Award-nominated actor, was spotted in New York City super-gluing himself to a Starbucks counter.

Cromwell — who is known for his performances such as Babe, The Green Mile, The Longest Yard, and more — was wearing a t-shirt that read “Free The Animals” and was reportedly protesting “the chain’s policy of charging extra for plant-based milk” on behalf of PETA. He also claimed that Starbuck is “discriminating against those who can’t have dairy.”

Cromwell was ultimately not arrested for his protest as he used a knife to detach himself from the counter before police arrived. As a result of the protest, the New York City Starbucks location temporarily closed.

“My friends at PETA and I are calling on Starbucks to stop punishing kind and environmentally conscious customers for choosing plant milks,” Cromwell said in a statement, according to Page Six.

“We all have a stake in the life-and-death matter of the climate catastrophe, and Starbucks should do its part by ending its vegan up-charge.”

The entire protest, which lasted for over 30 minutes, was live-streamed on PETA’s Facebook page.

The 82-year-old actor has been most recently seen in the HBO series Succession and Jurassic World: Fallen Kingdom. During his career, he’s been nominated for five Primetime Emmy Awards, four Screen Actors Guild Awards, and an Academy Award for Best Supporting Actor for his work in 1995’s Babe. This year, Cromwell is set to appear in the HBO Max series Julia.