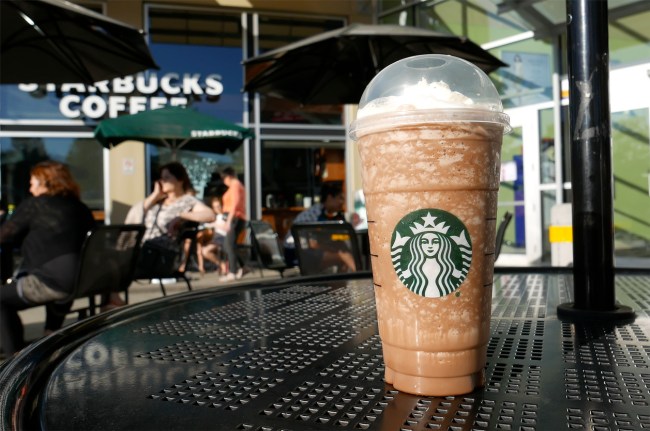 It’s pleasant to have the ability to modify your food and drink when ordering online. But if you’re making more than five modifications to your cup of coffee – maybe you’re a schmo. Edward, who placed a ridiculous Starbucks order that went viral for all the wrong reasons, is a schmo.

On todays episode of why i wanna quit my job. pic.twitter.com/vKAtRKNRwe

The completely over-the-top drink was ordered via the Starbucks mobile app. The unfortunate barista who was tasked with making the monstrosity rightfully vented about the complex coffee combination on Twitter. Twitter user @ProjectJosiee posted a photo of the absurd order with the caption: “On todays episode of why i wanna quit my job.”

One person reacted by saying, “REALLY EDWARD!!!???!? This pic is going viral after a barista at a CA @Starbucks shared this wild order that cost almost $15!!! What’s your go-to order?”

Another Twitter user replied, “I’m going to get yelled at for this by some but I just think it’s so selfish to order insane drinks like this at a Starbucks and it’s become so prevalent especially due to TikTok. I don’t care if you’re paying for it, it’s still selfish.”

Someone said, “As an ex Starbucks barista I find this photo traumatizing.”

One person joked, “I knew it had to be an app order. No one would order that out loud making eye contact.”

Fellow Starbucks baristas shared completely excessive coffee orders that they were saddled with.

i raise you this pic.twitter.com/07mhU0IyED

this order comes in every other week pic.twitter.com/PAdcIFotyv

you’d be surprised . a lady ordered this in person with a completely straight face 😐 pic.twitter.com/2OuTuN3Hti

Tell me about it. pic.twitter.com/CBaO8By9gl

Let me throw another one in there for a little extra spice 🥴💀 pic.twitter.com/67kvISB5Fs

A Starbucks spokesperson told Fox News, “Customizing beverages at Starbucks and our baristas’ expertise in helping customers find and craft the right beverage has and always will be the heart of the Starbucks Experience. There are many ways for customers to modify their favorite beverage at Starbucks and most customizations are reasonable requests from customers.”

Starbucks-approved or not, Edward is still a schmo.