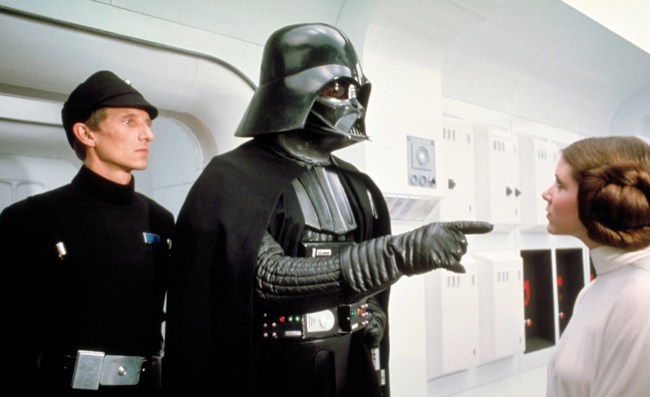 I am not yet a parent, so I simply cannot sit here and pretend like I have the knowledge to give advice on how to raise a child. Can’t do it, won’t do it. Insert meme about the difference between boomers at 30-years-old and millennials at 30-years-old here.

I am, however, an entertainment writer, which does make me a semi-professional in the realm of movies and television, Star Wars included. This is all to say, allow me to share this minuscule piece of parenting advice if you want your child to grow up a Star Wars fan: make sure they see the original movies before they realize how old they are, and therefore how dated the effects are.

If you don’t, they could wind up having a delayed appreciation for the franchise, as was the case with me: growing up with the garbage prequels and seeing the originals way too late in life, I didn’t experience “Star Wars magic” until the likes of Rogue One and The Mandalorian rolled around.

What does any of this have to do with James Earl Jones’ salary, though? My point is that Star Wars: A New Hope is *so old* (the 50th anniversary is later this decade) that Jones, who provided the iconic voice of Darth Vader, apparently made just $7,000 for his work on the film. And while that certainly sounds like a minuscule amount in comparison to the icon that Darth Vader would become, the character did famously have just nine minutes of screentime in A New Hope.

“George wanted, pardon the expression, a dark voice,” James Earl Jones told AFI in a recently resurfaced interview. “So he hires a guy born in Mississippi, raised in Michigan, who stutters. And that’s the voice. That’s me.”

As for the paycheck, Jones was all for his salary: “I lucked out, from all these so-called handicaps, for a job that paid $7,000! I thought that was good money. And I got to be a voice on a movie!” [IndieWire via American Film Institute]

For comparison, Daisy Ridley and John Boyega, who made their franchise debuts in 2015’s The Force Awakens, were reportedly paid between $100,000 and $300,000 for their work. Harrison Ford, reprising his role as Han Solo, reportedly made between $10 and $20 million for that film.