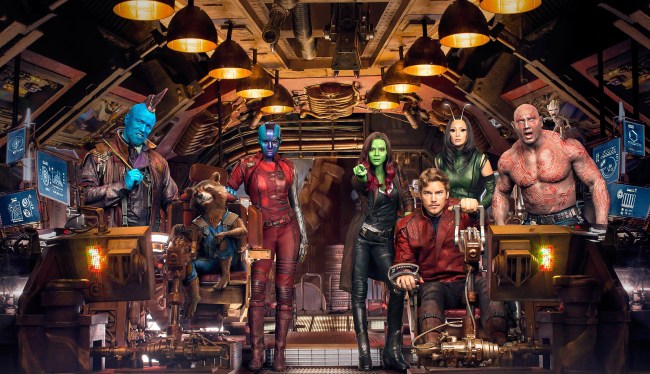 James Gunn directed Guardians of the Galaxy, Guardians of the Galaxy Vol. 2, and he was set to direct GotG Vol. 3 until he was fired by Disney after 10-year-old tweets surfaced where he made jokes about rape and pedophilia. He’d previously apologized for the horrible tweets but the optics of the situation were awful and Disney had no choice but to fire him.

What was interesting about James Gunn‘s firing by Disney was that it was ignited by a targeted campaign from Alt-Right journalists as a direct result to Gunn being an outspoken critic on Twitter of President Donald Trump. It was a revenge and silencing campaign that worked until it didn’t because James Gunn’ssince been re-hired by Disney and will direct the third and final Guardians of the Galaxy film to complete the trilogy (which he discussed below and where he wants to go with Rocket).

Gunn is currently writing and directing The Suicide Squad (2021) which means Guardians of the Galaxy Vol. 3 is on hold until he finished up with that project, but he recently sat for an interview with Deadline where he discussed his firing for the first time and why he went through a period of radio silence afterward and how he had nobody to blame but himself. This is an EXCELLENT look at what to do if you are ever fired and don’t want to burn bridges. Here are a few excerpts from that interview:

(Deadline) For a filmmaker with a reputation for being outspoken on social media, your public response to the firing was muted. You didn’t blame anyone but yourself, which clearly factored into Horn’s decision to reinstate you. What was going through your head at that time?

(James Gunn) I don’t blame anyone. I feel and have felt bad for a while about some of the ways I spoke publicly; some of the jokes I made, some of the targets of my humor, just the unintentional consequences of not being more compassionate in what I’m putting out there. I know that people have been hurt by things that I’ve said, and that’s still my responsibility, that I wasn’t as compassionate as I should be in what I say. I feel bad for that and take full responsibility. Disney totally had the right to fire me. This wasn’t a free speech issue. I said something they didn’t like and they completely had the right to fire me. There was never any argument of that. (via)

I’ve seen colleagues throughout the years who have been fired and handled it by trying to set the place on fire. James Gunn did the exact opposite of that by not making any rash decisions. Here he discussed that more in detail:

(Deadline)What about the part of you that realizes: I did this to myself; this injury is self-inflicted?

(James Gunn) The truth is I had a lot of anger at myself and I really had to try to put that aside. Because in the same way where I know what I’ve done wrong, I know that I’ve done a lot of wrong things in my life, things that led to this moment. I had to realize what I needed to do differently in my life. That was a part of all of this.
But in the same way I needed to not be lashing out at whoever fired me, or whoever spread links online, or cut up pictures to look like this or that, I also had to let go of some of that rage towards myself as well. Otherwise I just wasn’t going to be able to make it through. (via)

the most important (and instructive) part of that James Gunn interview is this:

"People have to be able to learn from mistakes. If we take away the possibility for someone to learn and become a better person, I’m not sure what we are left with."

Moving on, when asked about what’s in store for Guardians Vol. 3, he talks about how after being fired he was most beat up about not being able to finish the character arc of Rocket:

When you asked me what was saddest for me when I thought it was gone—and anybody at Marvel can tell you—it’s this very strange and attached relationship to Rocket. Rocket is me, he really is, even if that sounds narcissistic. Groot is like my dog. I love Groot in a completely different way. I relate to Rocket and I feel compassion for Rocket, but I also feel like his story has not been completed. He has an arc that started in the first movie, continued into the second and goes through Infinity War and Endgame, and then I was set to really finish that arc in Guardians 3. That was a big loss to me—not being able to finish that story—though I was comforted by the fact that they were still planning to use my script. (via)

wow so James Gunn himself said that Guardians 3 will complete Rocket's story arc, this is interesting news

For me, Dr. Strange and the two Guardians of the Galaxy films have been the best MCU movies that weren’t Avengers ensemble casts. Winter Soldier is awesome, I’d put it at fourth for me, but I love those others in that order. So I’m stoked that there will be some continuity to the 3rd and final film in the Guardians triology.

I’ve only pulled a few of my favorite parts from the interview but there’s a lot more over on Deadline. You can read the interview in full by clicking here or following any of the links above.