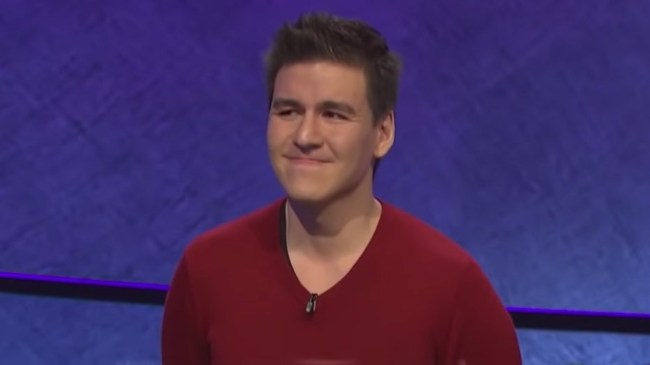 James Holzhauer has reached full-on sex symbol status, as the 34-year-old professional sports gambler from Vegas became the second person in Jeopardy! history to surpass $1 million in winnings in non-tournament play. Holzhauer amassed over $1.1 million in willings in just 14 wins. For perspective, Jeopardy! Gawd Ken Jennings won over $2.5 million over 74 games. At this rate, Holzhauer will blow Jennings’ record out of the water.

I don’t feel I get enough credit for making small, sensible Jeopardy wagers, which helped the show with its prize budget.

Holzhauer’s strategy is to attack the high-value clues first to thicken his wallet before betting a boatload on Daily Doubles.

“I sketched out what I believed to be my optimal strategy for Jeopardy: Play fast, build a stack, bet big, and hope for the best,” he told The Atlantic.

In an interview with the New York Times, the Vegas resident described how his full-time job as a sports gambler has helped him to succeed on a show whose contestants don’t know the shape of a football.

There’s a few things. The fact that I win and lose money all the time helps desensitize me, so I can write down $60,000 as the Final Jeopardy wager and not be trembling at the thought of losing that money.

Holzhauer, who has a degree in math from the University of Illinois, told NPR:

“All good professional gamblers are selectively aggressive. You need to pick your spots and bet big when you identify them,” Holzhauer tells NPR over email. “That’s basically my Jeopardy strategy in a nutshell.”

James also claims that he’s become so good at gambling on sports, books are extra cognizant of which bets they’ll take.

About half the sports books in town won’t take a bet from me. You hope you retain a good relationship with the other half. The other half know I’m a pro, too. I can’t bet as much as a random guy off the street at those places, but they’re willing to take some action from me, at least.

“Maybe they think I will stop betting on sports if I stay on Jeopardy forever,” he added.