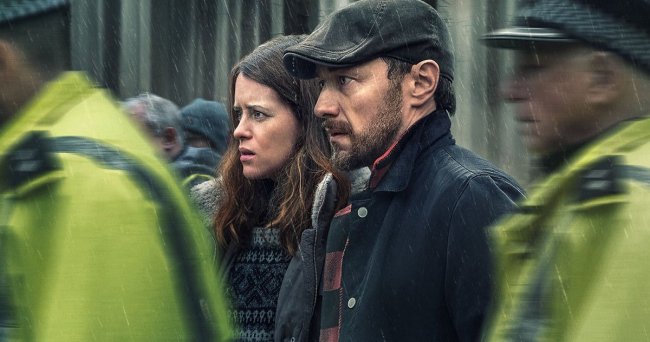 James McAvoy has had an excellent career so far, don’t get me wrong. And at 42-years-old, there’s a very real chance his best work is still ahead of him. But I feel like it should be bigger — like this dude should be contending for Academy Awards. Anytime I see McAvoy in something, he steals the show (except the X-Men franchise because Michael Fassbender is the scene-stealer in that). He seems to have opted to spend his 30s making franchise movies and that’s okay too. But in the next decade or so, it wouldn’t surprise me if he began racking up Oscar nominations.

Now, do I think the upcoming Peacock thriller My Son is going to be the movie that finally gets him awards season recognition? Probably not. But is it further evidence that McAvoy is a wildly and uniquely talented actor? Absolutely. Why? Because McAvoy wasn’t given a script for the film and therefore improvised his entire performance based on what other actors were doing, which I’d argue is a far feat more impressive than what he pulled off in Split.

As for the basic plot of My Son, the mystery centers around the disappearance, and potential kidnapping, of McAvoy’s child.

My Son is directed by Christian Carion — who also helmed the 2017 French film of the same name — and also stars Emmy winner Claire Foy, Gary Lewis, and Tom Cullen in addition to McAvoy. The film will hit Peacock on Wednesday, September 15.