Jan Broberg Of ‘Abducted in Plain Sight’ On Being Brainwashed, Facing Her Kidnapper As An Adult, And More 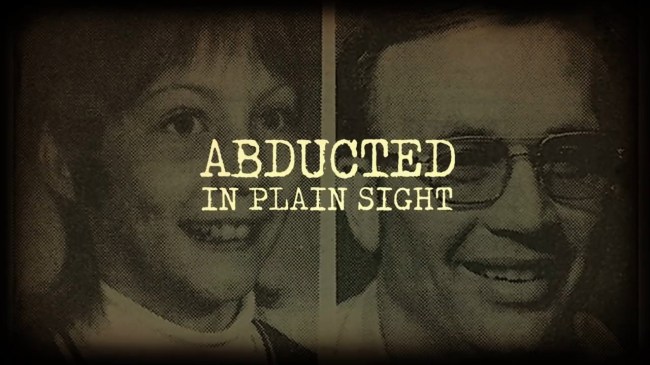 I have seen some wild documentaries over the past few years, but I don’t think any of them infuriated me more than when I watched Abducted in Plain Sight.

The story of how Jan Broberg was kidnapped as a child not by family friend Robert Berchtold once, but twice, brainwashed, and sexually abused for years by a man everyone in her family knew (and was also manipulated by) was stunning in what appeared to be the inexplicability of how it could have occurred the way it did.

Broberg, now 56, somehow managed to keep her life together, becoming an actress who has appeared in numerous films and on TV shows like Everwood, Criminal Minds, and Touched by an Angel.

Recently Broberg participated in a lengthy interview with Vulture where she discussed her current involvement with the LDS church, memories of her childhood, her parents, being brainwashed, facing Berchtold in court, him committing suicide, and whether there will be a sequel to the documentary.

During the interview, Broberg revealed the moment, at age 16, she realized she had been brainwashed for all those years…

I accepted ice cream from a boy. When I accepted the ice cream and I realized my dogs were all right, my Dad isn’t dead, my sister Karen isn’t blind, my sister Susan isn’t missing, I thought, “Maybe this alien thing isn’t real.” That was the first time I had that thought in four years. And then I started to test it. I started to do things that were against the rules to see if anything would happen. I accepted a group date to a homecoming dance and I came home from that dance and nothing bad had happened. I remember just sitting in my bedroom and not knowing what to do. I can’t even describe the feelings. They were just so all over the place. It was almost relief, of course, but at the same time, when you have a purpose and all of a sudden somebody takes that purpose away from you … I was literally the savior of a dying planet. Now what? Who am I? And what I have done to my dad?

Broberg also talked about how, 28 years later, Berchtold once again interfered in her life.

We had self-published our little book and I shared my story. We got asked to go to conferences. But I remember when he showed up at that university in a van with a gun. I was giving the conference to about 800 women and their daughters, and the police come inside and get me at the very end of my speech. They’re telling me, “There’s somebody that was in the parking lot, and they were in a van, and there was a firearm.” They said the man had run into one of the Bikers Against Child Abuse members — those guys had accompanied me to the university because he had been calling the university saying that I am a liar.

And then, finding out he only lived an hour from where I had moved to, and he was remarried to a second-grade teacher. She had two daughters who had run away from home. We didn’t know any of this at the time, but now we know because the older daughter got in touch with my mom. She told her they ran away to their father’s house in Idaho because he was abusing [them]. And this was 28 years later.

Berchtold was later convicted for rape of a child and put in jail for a year after using the same brainwashing techniques on that child that he used on Broberg.

She said she never told anybody about the tapes because she thought nobody would believe her. He played those alien voices on her, too. She was in his apartment for 119 days. He was best friends with her mom, who was a psychiatric nurse at a leading hospital. And she said, “My mother couldn’t see through him.”

Berchtold eventually ended up killing himself, something that Broberg said made her both sad for all of his victims, as well as angry because “he had taken what felt like the easy way out. He never had to serve his time.”

With 60 hours of footage that didn’t make it into the final cut of Abducted in Plain Sight, Broberg also says there is a chance that a follow-up film will be produced.

Read the complete interview with Broberg over at Vulture.com.