Janet Jackson Photoshopped The Glastonbury Poster To Give Herself Top Billing, And Reactions Were Hilarious 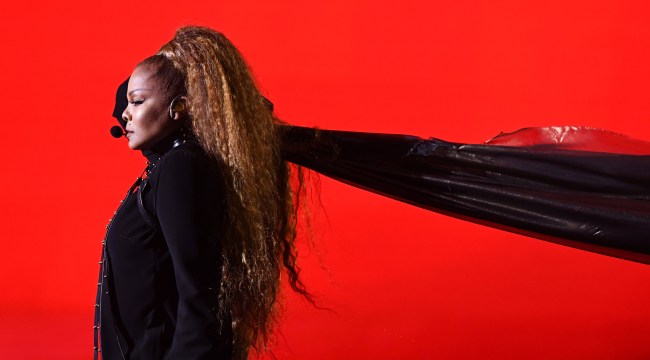 Musical icon Janet Jackson was given fifth billing on this year’s poster for the 2019 Glastonbury Festival which will take place from June 26th through the 30th.

Decent billing for one of the biggest music festivals of the year, right?

You’ve got The Killers, The Cure, Stormzy, Kylie and Janet all listed at the top of the poster, followed by George Ezra, Liam Gallagher, Miley Cyrus and Tame Impala on line two.

Janet Jackson, for one, is very excited to be appearing there, tweeting, “Can’t wait to see you #UK #Glastonbury2019 🤗.”

Ummm… notice anything different about the Glastonbury poster in Jackson’s tweet?

Yep, the poster in her tweet has her photoshopped into top billing at the festival.

She will not be listed fifth.

The 52-year-old superstar has sold over 100 million records, once had a record 18 straight top-ten entries on the singles chart, has won five Grammy Awards, will be inducted to the Rock and Roll Hall of Fame in 2019, and was once banned from the Grammy Awards over a Super Bowl performance.

Naturally, people on the internet noticed Jackson’s photoshop chicanery leading to a plethora of hilarious comments.

This edit is the correct edit.

You're not headlining honey. Don't put yourself in front

It’s ok, they have reissued the poster recognising their original error... pic.twitter.com/kQQlphNwFr