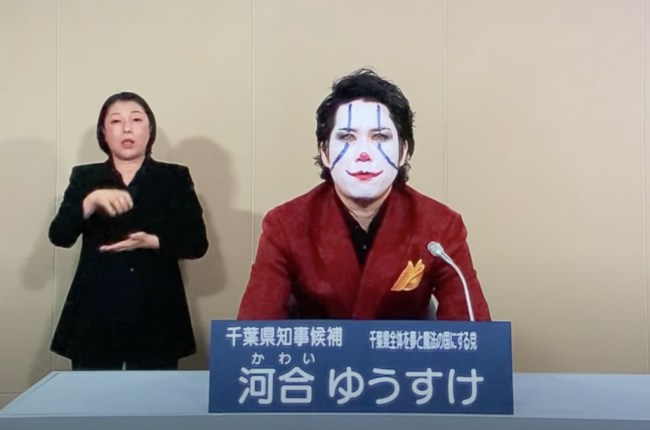 Some men just want to watch the world burn. Others, however, just want to run for Governor. This is a story of the latter (but also probably the former because, well, look at this guy).

Allow me to introduce you to Yuusuke Kawai, a Japanese man who recently announced that he would be running for the Governor of Chiba Prefecture as a member of the Party to Make All of Chiba a Land of Dreams and Magic. Based on his party affiliation alone, this guy has already got my vote.

To be clear, Mr. Kawai’s day job isn’t that of a supervillain, but rather as the head of an event planning and a temporary employment agency. The Joker get up, he says, is because he believes the character’s “dark hero” image could help attract the attention of the masses.

“Since the clown is kind of a dark hero, I had this impression that I could get the support of the masses,” the edgelord politician explained to Tokyo Sports. “I’m going to aim for laughs. Even if [I] talked [as] my true self, it wouldn’t be news.”

Sidebar: it’s genuinely impossible to hear a quote like “I’m going to aim for laughs” and not immediately think of the “Nightman Cometh” episode of It’s Always Sunny: 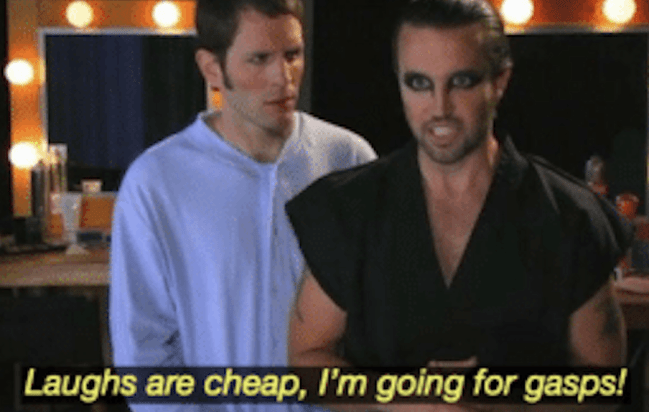 As for Kawai’s opponent, Masayuki Hiratsuka “is the current head of the People’s Sovereignty Party, known for its anti-mask stance and slogans such as “COVID-19 is just a cold” and “Vaccines are dangerous”, according to the New York Post.

Kawai’s platform, while on par with someone running for class president in high school, certainly aren’t outright bad ideas, as he’s suggesting includes building a red tower, renaming Narita Airport as Disney Sky, making “Let It Go” from Disney’s “Frozen” Chiba’s theme song, outlawing the word “trash” and replacing it with the words “star fragment.” I mean… who says no? We’re on a rollercoaster ride to hell on this planet anyway, may as well start calling your trash star fragments and dressing up like the Joker. Is this how it starts? We live in a society, you know.